Today we’re celebrating Rodolfo “Corky” Gonzales, a boxing, poetry writing, political activist as well as the founder of the Crusade for Justice. 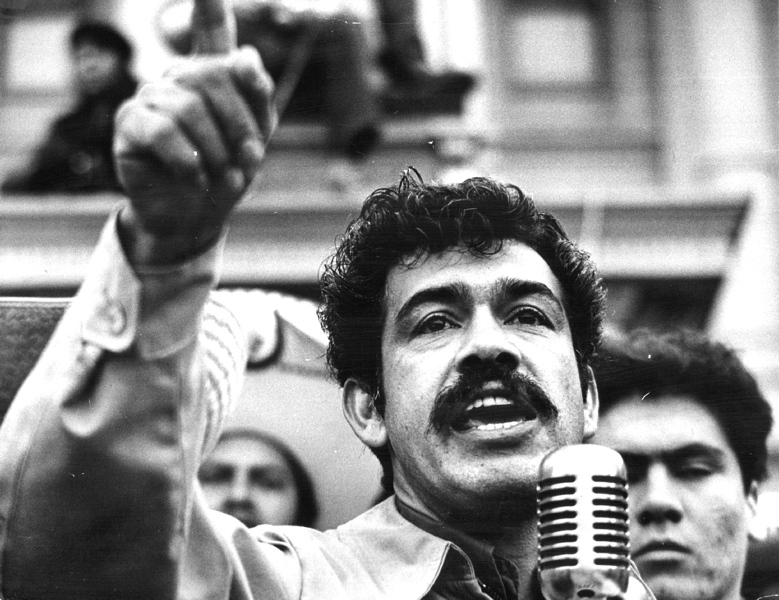 One of the most vocal and charismatic leaders of the Chicano Movement, Rodolfo “Corky” Gonzales began his career as a prizefighter in Denver, Colorado. By 1960, however, he had become interested in politics and was appointed to co-chair the Viva Kennedy campaign in Denver. When Congress passed legislation for President Lyndon B. Johnson’s War on Poverty in 1964, Corky was appointed director of Denver’s War on Poverty office. Corky soon became disillusioned with the politics of the war on poverty and quit his job to found the Crusade for Justice in 1966. The Crusade had as it chief goal the creation of self-determination and community control of all aspects of Chicano life. Within a short time the Crusade had its own school, art gallery, newspaper (El Gallo),and credit bureau. On the political front, the Crusade and its members lobbied for improved educational and housing opportunities for Chicanos in Denver. In 1967, Corky gained national prominence because of the widely circulated epic poem he authored, I Am Joaquin which crystalized the sensibility of the Chicano movement of the time.