What a fantastic project by Konstantin Dimitrov available here on Instructables. Now if only there were a watch ring that told ‘military time.’ 😉 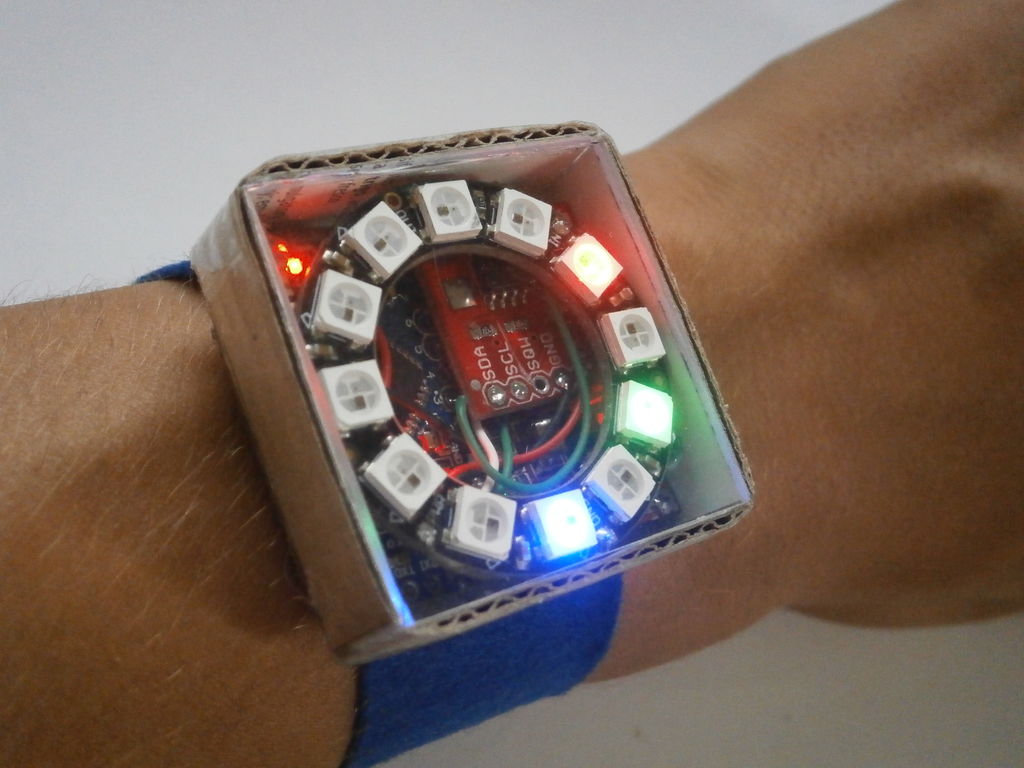 Ever since the dawn of time, people have begun to dispense time. First was the sundial, later appeared water clock after them was the hourglass. Millennia later was created the first pendulum clock and few centuries later the electronic watch.

Today I’ll show you how to make Pixie, a wristwatch that combines both analog and digital clock technology with the precision of an atomic clock.

PIXIE shows the hours in blue, the minutes in red andthe seconds in green, it also has a flashlight mode that is activated, by capacitive touch switch, for 10 seconds. You may ask why, that’s because the LEDs heat-up and they might get damaged, but if you want, you can increase the time( at you own risk !) 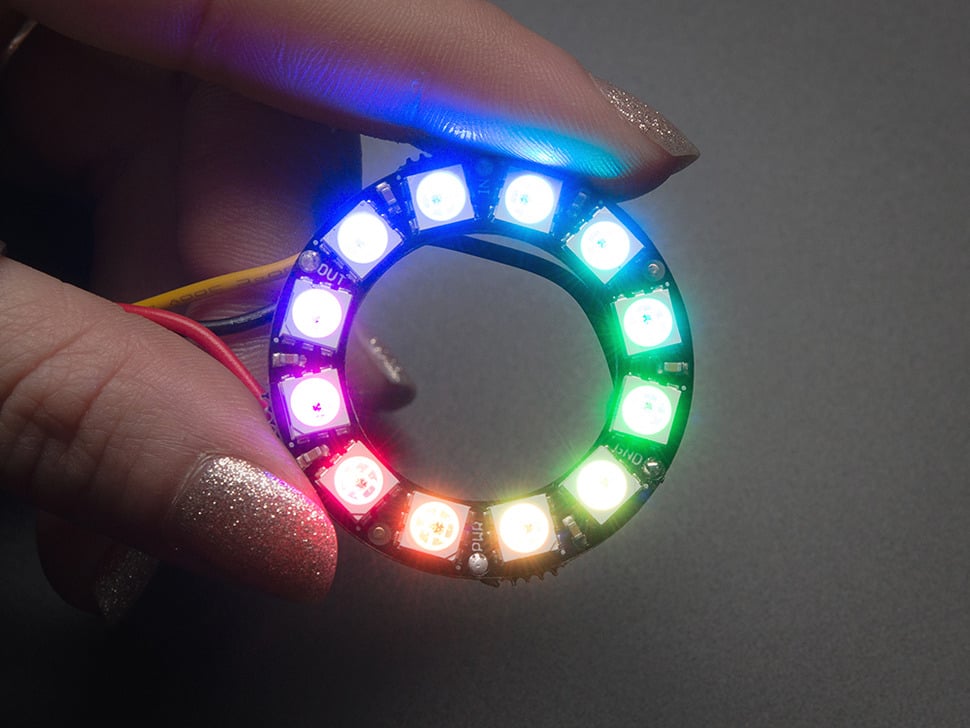 NeoPixel Ring – 12 x 5050 RGB LED with Integrated Drivers: Round and round and round they go! 12 ultra bright smart LED NeoPixels are arranged in a circle with 1.5″ (37mm) outer diameter. The rings are ‘chainable’ – connect the output pin of one to the input pin of another. Use only one microcontroller pin to control as many as you can chain together! Each LED is addressable as the driver chip is inside the LED. Each one has ~18mA constant current drive so the color will be very consistent even if the voltage varies, and no external choke resistors are required making the design slim. Power the whole thing with 5VDC and you’re ready to rock. Read more.