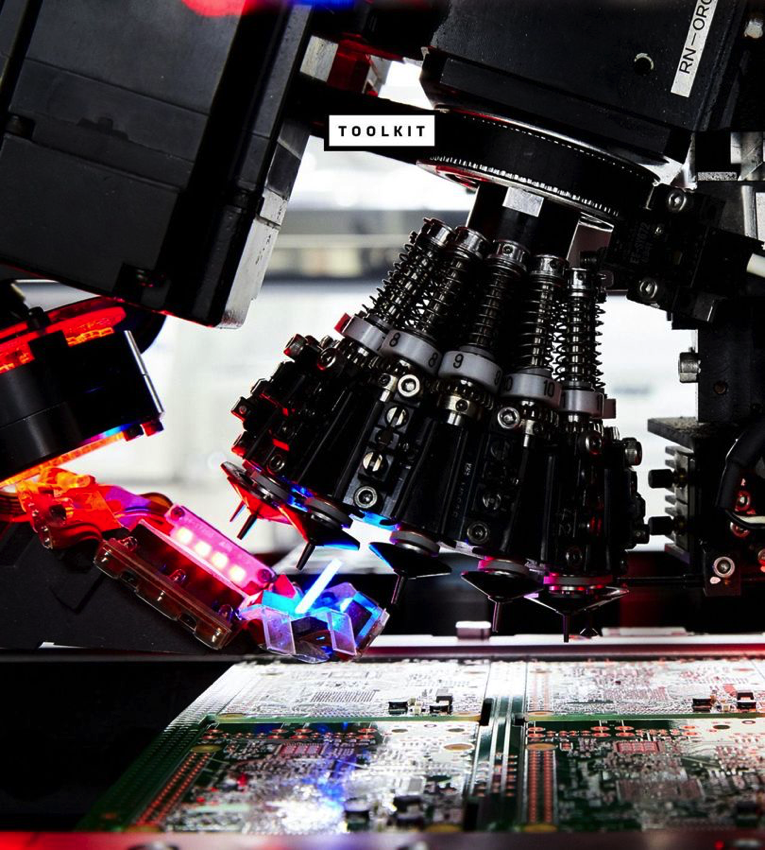 This is the robot that makes the best-selling Raspberry Pi. The credit-card-sized personal computer, which the firm announced had passed 10 million sales earlier this week, launched its third iteration in February 2016. Now founder Eben Upton is trying to increase production at the 100-person South Wales site. “We hope to hit four million of the mainline product this year,” says Upton, 38.

This target is an increase of one million on the number of Pis manufactured in 2015, a sign of the rapid growth in production since the first 500,000 were made in the Pencoed factory in 2012. Upton claims that at peak capacity, the factory (owned by Sony) can make up to 100,000 Pis per week, largely thanks to extensive automation. “The robots place the components on just one side of the board,” he explains. “This means that each board only has to take one trip through the machine.”

To make a Pi, solder paste is printed onto a circuit board before picking and placing robots add individual components. The computers are then “run through an oven that melts the solder and the components on to the board,” says Upton. Production of the Pi 3, the first to have built in Wi-Fi and Bluetooth, is mostly automated, but still requires humans to plug three-pin parts into the board. The budget Pi Zero is completely robot-made.

Raspberry Pi was originally made in China, but moving production to the UK in August 2012 made it possible to automate tasks which, in lower-cost geographies, would be done by humans, explains Upton. Next, the foundation wants robots do the packing. “It’s incredibly challenging,” he says. “It’s really hard to built a robot that is as good as a human being is at putting something in a box.” 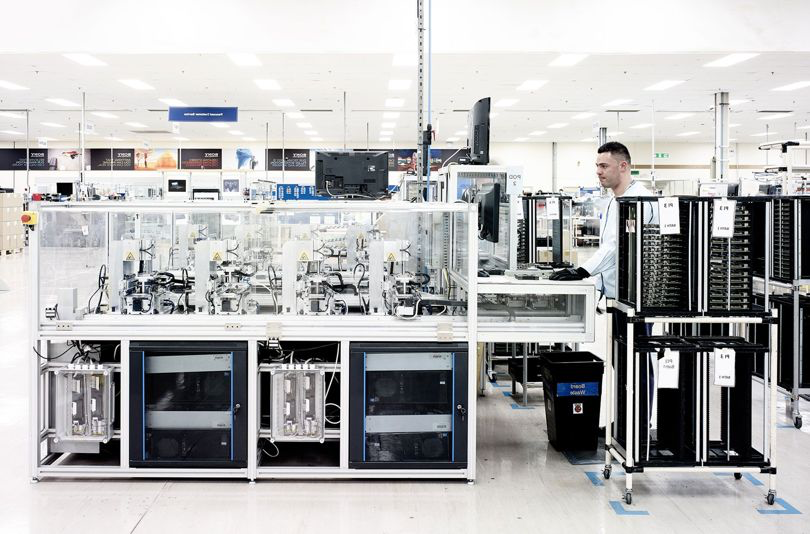