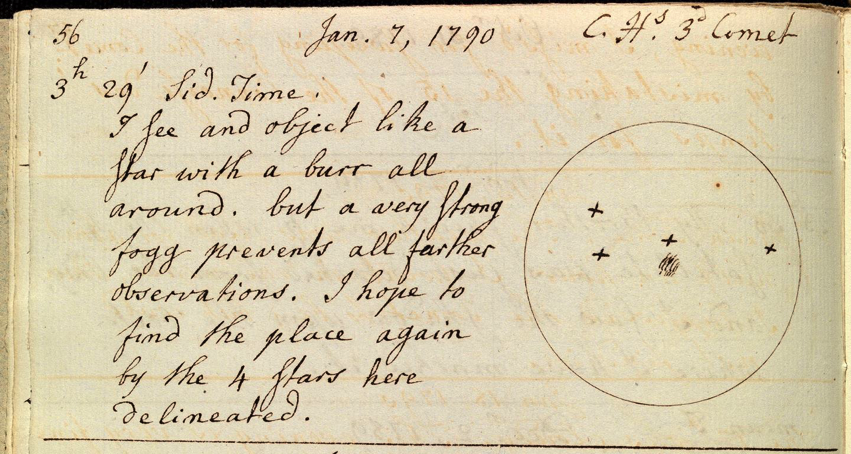 Finding Ada has a guest post from the Royal Astronomical Society about Caroline Herschel, the first female astronomer.

In 2016 the Royal Astronomical Society is marking 100 years since women were first elected as fellows of the Society by publishing a series of articles in Astronomy & Geophysics. In addition to focusing on the work of the handful of women who were admitted to Fellowship in 1916, the articles examine the contributions made by women before and after that date and the social and cultural framework to their lives. The RAS is delighted that the Ada Lovelace Day blog will be featuring summaries of these stories about women in STEM, starting with Michael Hoskin’s piece on Caroline Herschel.

Caroline Herschel is remembered as the first professional female astronomer. While she is most often credited with assisting both her brother William and later her nephew John in their astronomical work, the contributions to astronomy that she made in her own right are both numerous and significant. She discovered comets and nebulae, compiled catalogues and produced an indexed and corrected edition of Flamsteed’s catalogue that was published by the Royal Society.

In 1785 she became the first woman in Britain to be paid for scientific work, when she received a salary from King George III to assist her brother William, Astronomer to His Majesty, in his work. She was awarded the Royal Astronomical Society’s Gold Medal in 1828 for her cataloguing work which they believed was ‘unparalleled in either magnitude or importance’ and became one of the first two female honorary members of the Society in 1835, alongside Mary Somerville. All of these achievements are staggering at a time when women were discouraged from any scientific pursuits, but are made even more so by Caroline’s inauspicious start in life.

Born in Hanover in 1750, Caroline’s mother contrived to keep her as an unpaid servant by denying her any training in the skills that might allow her to leave home and find employment. Rescued by William, she moved to live with him in Bath in 1772, initially performing alongside him as a musician catering for the aristocracy who visited the spa town. She left her homeland unmarried and uneducated, a tiny, working class woman scarred by smallpox and with no understanding of astronomy or even mathematics.