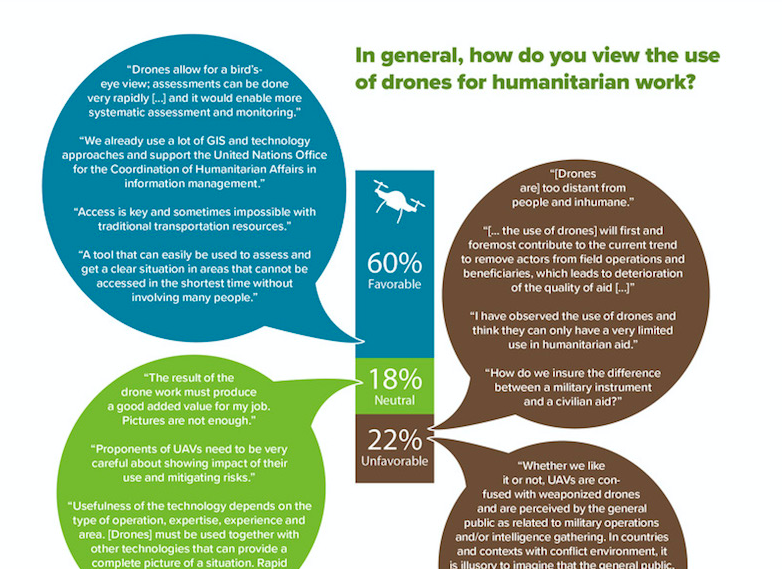 We’re looking forward to see the studies Droneblog will share! From Droneblog:

Over the next months, Droneblog will feature a series of case studies that show how drones are already being used in disaster response operations worldwide. The case studies were produced under the leadership of the Swiss Foundation for Mine Action (FSD) and with funding from EU Humanitarian Aid.

To kick-off the series, here are the results of a survey that shows what humanitarian aid workers think about the use of UAVs. In total, close to 200 disaster responders working in 61 different countries took part in what is the first comprehensive survey of how humanitarian professional view drones.

Despite being considered to be a fairly controversial technology, the survey results show clearly that a substantial majority of respondents (60%) believe that drones can have a positive impact in disaster response operations, while only less than a quarter (22%) see their use negatively – at least when used following natural disasters. The opinions shift significantly, when asking about use of drones in conflict zones. Here, humanitarian workers are sharply split: while 40% stated that drones should never be used by humanitarian organisations in conflict settings, 41% said they would consider using drones even during armed conflicts.