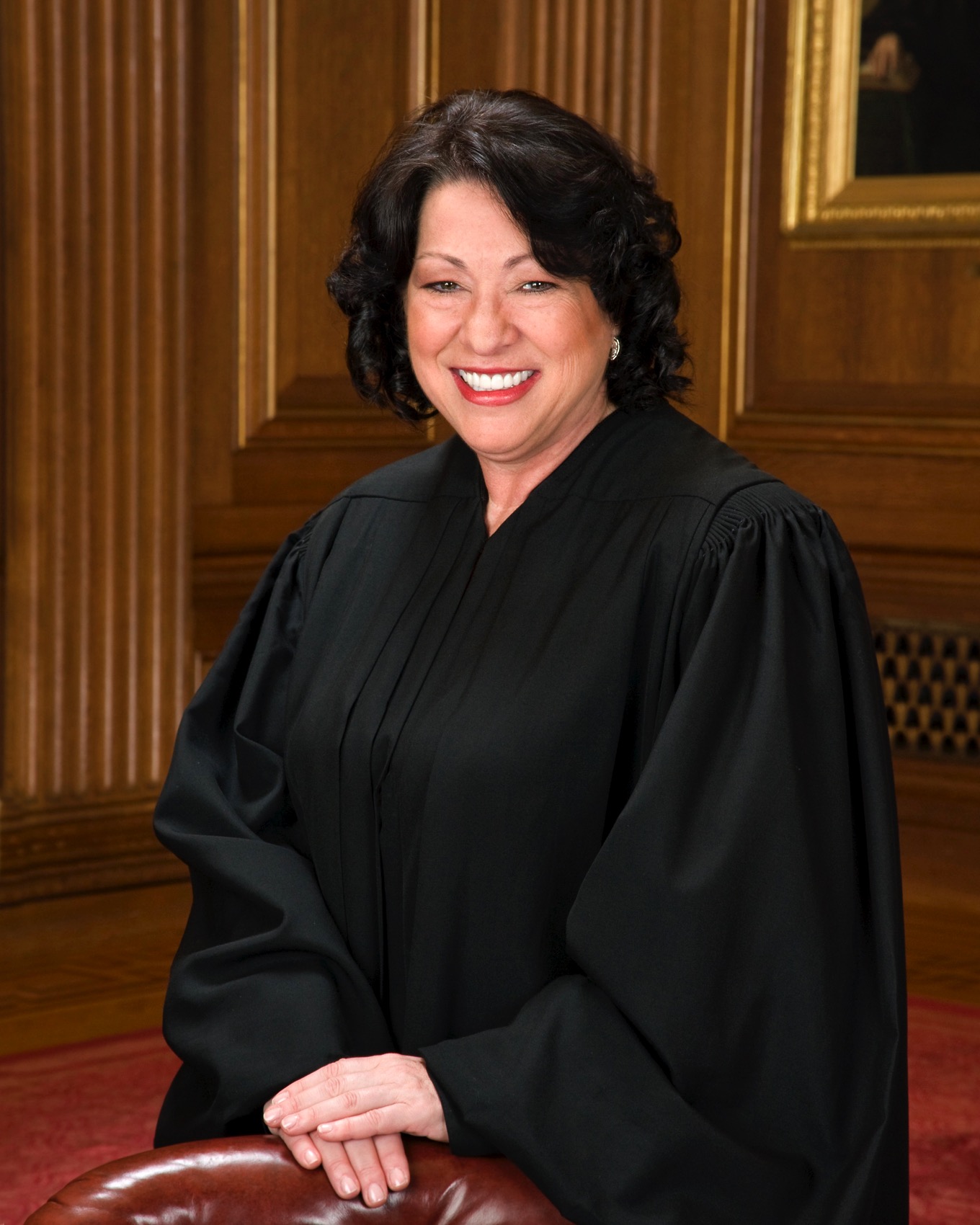 Sonia Maria Sotomayer is the first US Supreme court justice of Hispanic heritage and only its third female justice, Via Bio

In June 2015, Sotomayor made history again (twice) when she was among the majority in two landmark Supreme Court rulings. On June 25, she was one of the six justices to uphold a critical component of the 2010 Affordable Care Act—often referred to as Obamacare—in King v. Burwell. The decision allows the federal government to continue providing subsidies to Americans who purchase health care through “exchanges,” regardless of whether they are state or federally operated. Sotomayor is credited as a key force in the ruling, having presented cautionary arguments against the potential dismantling of the law. The majority ruling, written by Chief Justice John Roberts, thus further cemented the Affordable Care Act. Conservative justices Clarence Thomas, Samuel Alito and Antonin Scalia were in dissent, with Scalia presenting a scathing dissenting opinion to the Court.

On June 26, the Supreme Court handed down its second historic decision in as many days, with a 5–4 majority ruling in Obergefell v. Hodges that made same sex marriage legal in all 50 states. Sotomayor joined Justices Ruth Bader Ginsburg, Anthony Kennedy, Stephen Breyer and Elena Kagan in the majority, with Roberts, Alito, Scalia and Thomas dissenting.