Do you know where your children are? These smart shoes do #WearableWednesday 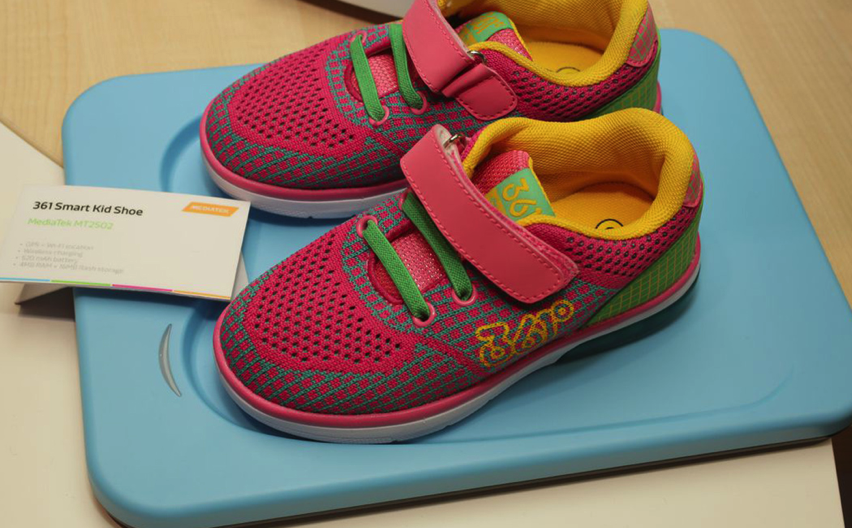 Unlike fitness trackers and other wearables, it’s pretty hard to forget your shoes when you go out. Which makes shoes a pretty clever place to put a GPS tracker if you want to monitor the whereabouts of your loved ones — so let’s step into the 361 smart shoe for kids, powered by MediaTek technology.

To create the shoe, Taiwanese chipmaker MediaTek has provided the kit to 361, a major Chinese shoe manufacturer. The smart shoe will go on sale in China in the next month; a MediaTek spokesman said the price will be around 500 yuan. It won’t be on sale in the rest of the world, but to give you an idea that’s roughly £50, $80 or AU$100.

Inside the shoe is a MediaTek Aster processor with 4MB of RAM and a GPS chip, recording the shoe’s whereabouts and beaming the information to an app in your phone. Your can then see on your phone where your child is. Possible features that could be added to the app include geoboundaries, which send an alarm when the wearer moves out of a preset area.

This first version of the smart shoe is aimed at very small children, with fun, vibrant colours on a chunky sneaker design. The shoes are charged without needing to be plugged in — kids just pull them off and plonk them on a fun colourful wireless charging pad. The chip inside isn’t a huge power drain, so the 520mAh battery will last a couple of days.

Potentially, the smart technology could be employed in other shoes, perhaps designed for seniors or other at-risk people for whom it would be useful if family or caregivers could monitor their movements.

The most obvious concern is security. Any time one device sends information to another, that data is potentially vulnerable to being intercepted. Parents face a uniquely modern dilemma: would you rather face the risks of not knowing where your kids are, or the risk that others may be able to access that data too?

Some readers may also have concerns about the privacy of the individual; perhaps not an issue with small children, who need to be monitored at all times, but more of a concern with older children or seniors who deserve a degree of autonomy.

Comments Off on Do you know where your children are? These smart shoes do #WearableWednesday