A game that constantly fluctuates with the current market value of Bitcoin – thus the ethernet shield attached to the Arduino core, constantly checking the value of the cryptocurrency: 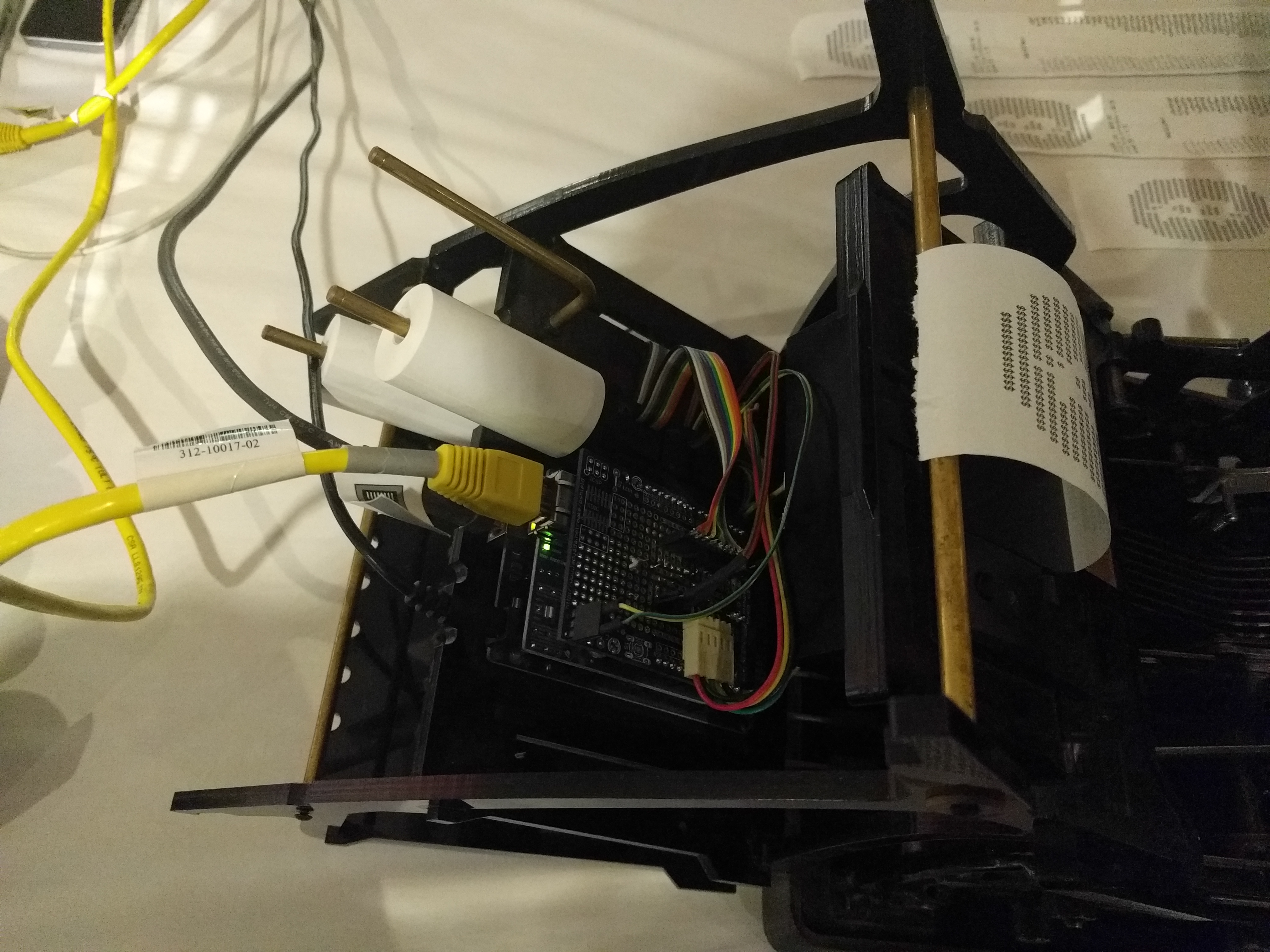 This kid was not only really into the game – obviously! – but went on to win it with about 30 more lever pulls! 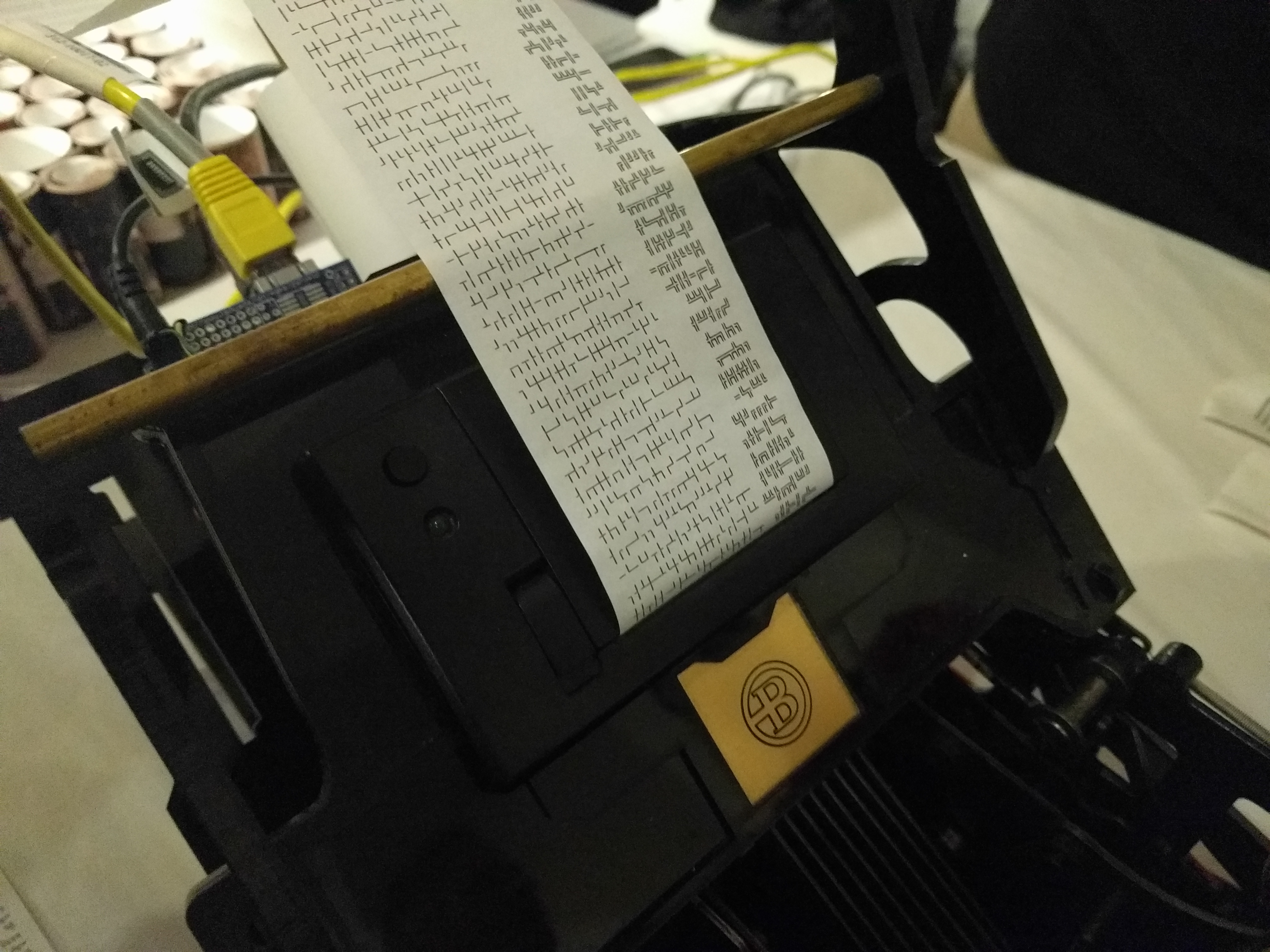 With the rise in prominence of the crypto-currency Bitcoin financial markets and governments are scrambling to see how to adjust to this new insurgent monetary form. As an insurgent, Bitcoin becomes the foil in an ASCII generated 8 BIT game who’s controller is a hacked Burrough’s adding machine with receipt printer as the play field. Mirroring the mechanics of 8 BIT Atari games like Defenders or Caverns of Mars the game scrapes data off a Bitcoin trading site to control speed and difficulty of game play. Players attempt to pull the two columns of ASCII symbols together while either being aided or impeded by the current exchange rate of Bitcoins to U.S. Dollars. Because of the twenty four hour nature of this unofficial market each time a player enters the game world scraped data will be different making for new game play, changes may be subtle minute to minute or drastic depending on the fluctuation that day. The Burroughs machine with its intricate mechanisms give the player a tactile portal into the complex systems that control the movement of Bitcoin’s through the web. The printed field, referencing ticker tape of the early stock exchange, this also give the player a record of their game play allowing them to collect and share their success or failures. Players navigate and are faced with the complicated quandaries and pitfalls that come with an unregulated non-central monetary system and the obvious questions this kind of economic system raises. The risk reward of competing in this volatile market is reflected in the risk reward of the game where players can see if luck will be on their side.

This project is located on the mezzanine inside Zone 1, the main building of the NY Hall of Science at World Maker Faire.

Comments Off on Seen at World #MakerFaire: Play ‘Currency,’ a Bitcoin-Based ASCII Game Hacked into a Burroughs Adding Machine