British Artists Recreate the Experience of Being a Decaying Corpse #ArtTuesday 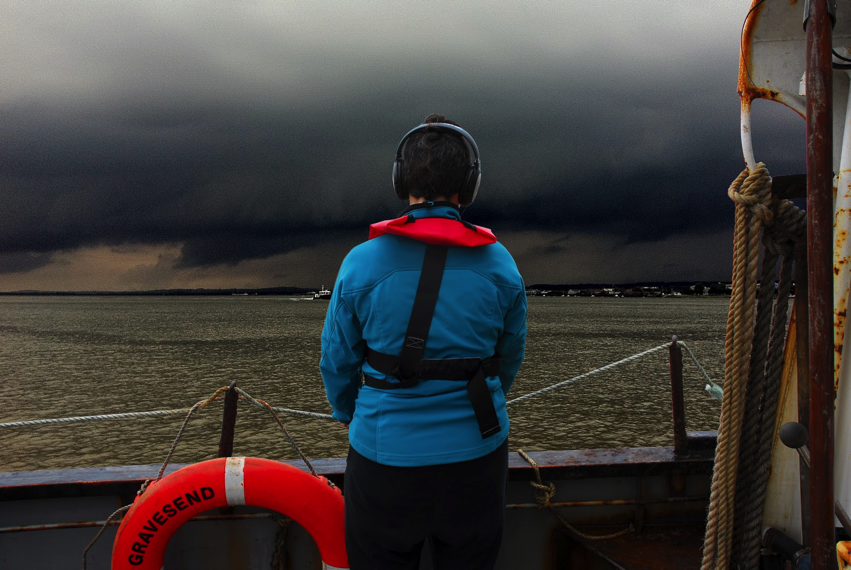 Bodies—and body parts—are pulled from the River Thames every year, often having been submersed in water for at least 20 days, according to the Marine Policing Unit, who are responsible for searching the murky waters and final resting place for too many lives. With forensic investigations, the reasons behind these deaths—most often suicide—are eventually discovered, but the story of what happens to the bodies is rarely, if at all, told.

That’s some of the thinking behind the latest piece by British art duo French & Mottershead, who created an immersive site-specific experience that tackles the science behind body decomposition through 20 minutes of poetic prose. “Death is hardly mentioned in this narrative,” says Andrew Mottershead. “The idea is to create a space for listeners to contemplate their own mortality.”

Experienced on boat, Waterborne sees participants put on headphones and taken on an audio journey of their deteriorating body, starting in a canal, through a river and eventually out to sea. The narrative heard is spoken in second person, allowing the user to imagine their own body going through the decomposition process, which is complemented by the Thames Estuary setting—a place where the river meets the North Sea. A body, naturally, needing some time to decompose, the audio piece marks the passage of time using the symbolism of a moon’s cycle.

“We’re asking the listener to bring something of themselves,” says Rebecca French. “That’s been important to us throughout our practice really, presenting situations to people in which they complete through their own participation into the work.”