An atlas of a billion stars 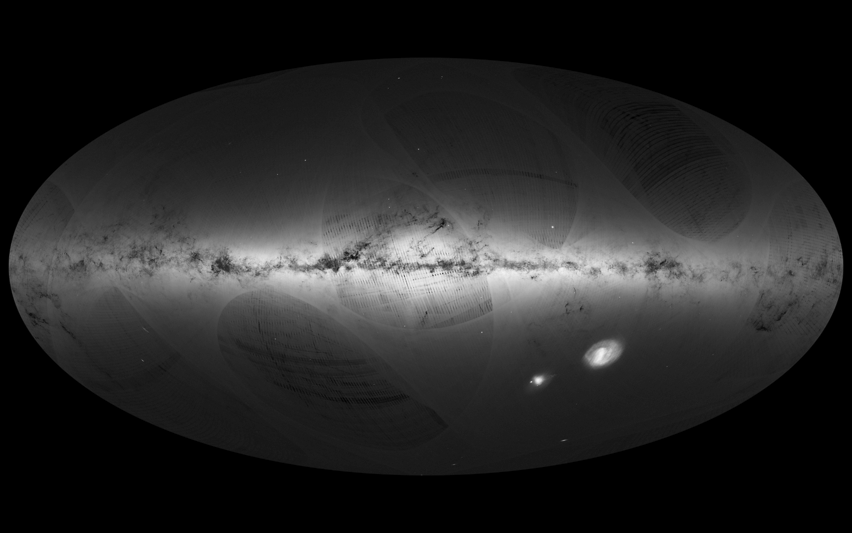 Via the NY Times

This map, the first of its kind, shows a billion stars shining in the Milky Way. It’s the work of the European Space Agency’s Gaia space telescope, which has been scanning the cosmos in order to create the largest and most accurate 3-D map of our galaxy.

Most of the Milky Way’s stars reside in the so-called Galactic Plane, shown here as a bright horizontal strip about 100,000 light-years across and about 1,000 light-years deep.

The data used to make this version of the atlas was collected between July 2014 and September 2015. In addition to providing the position and brightness of more than 1.1 billion stars, Gaia also charted the movements of more than two million of those stars.

As extensive as these measurements are, Gaia will catalog just 1 percent of the stars found in the Milky Way by the time its mission ends.