This won’t be finding its way into any commercial IoT devices – or even at-home workshop projects frankly – anytime soon but it is an intriguing proof-of-concept, a supercapacitor which itself uses no carbon and yet stores and delivers power to spec. 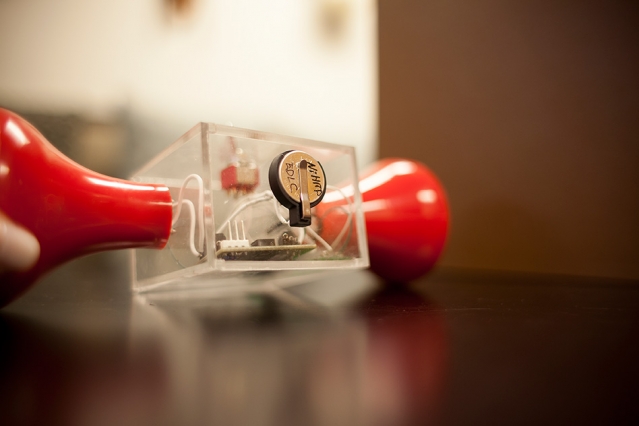 To demonstrate the supercapacitor’s ability to store power, the researchers modified an off-the-shelf hand-crank flashlight (the red parts at each side) by cutting it in half and installing a small supercapacitor in the center, in a conventional button battery case, seen at top. When the crank is turned to provide power to the flashlight, the light continues to glow long after the cranking stops, thanks to the stored energy.

Energy storage devices called supercapacitors have become a hot area of research, in part because they can be charged rapidly and deliver intense bursts of power. However, all supercapacitors currently use components made of carbon, which require high temperatures and harsh chemicals to produce.

Now researchers at MIT and elsewhere have for the first time developed a supercapacitor that uses no conductive carbon at all, and that could potentially produce more power than existing versions of this technology.

Comments Off on MIT Prototypes a Carbon-less Supercapacitor