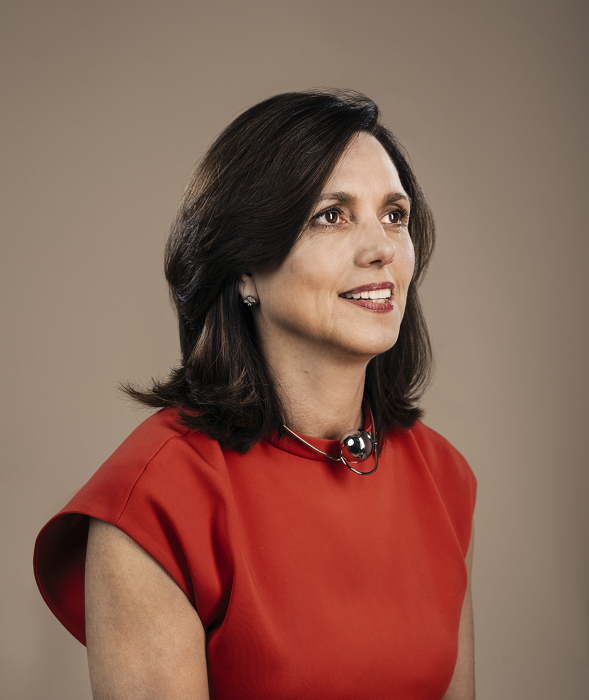 Beth Comstock is the Vice Chair of GE and operates GE Business Innovations. Beth has transformed GE and has been named one of Forbes’ “World’s 100 Most Powerful Women” for the past 2 years. Fortune recently did a piece outlining her accomplishments at GE.

…“It’s hard for people outside who think in terms of organization charts to appreciate Beth’s role and her impact,” says Susan Peters, GE’s human resources chief. Officially Comstock, 56, is “vice chair, business innovations,” an opaque title. She still oversees marketing, sales, and communications, but she’s also in charge of “building out GE as a service,” a mysterious phrase to outsiders, and she oversees GE Lighting as well as GE Ventures and Licensing, which invests in startups. It’s a sprawling portfolio that is baffling on its face. You have to wonder: What unites these assorted parts?

The answer is also unique—but not baffling. Comstock’s job is to see the future and help GE’s businesses figure out what it means for them. For example, she says, “digital”—shorthand for the power of data and analytics—“we identified a while ago, and that goes back to work I did at NBC. So it’s trend identification. Jeff seeded it on the tech side and the commercial side, and it was up to me to put together the right starter team to bring in a new business model.” New business models based on data and analytics now span all of GE, much as FastWorks does. That’s why the company now calls itself “the digital industrial” in a marketing campaign that Comstock supervises. “The kind of work I do is seeding and incubating ideas, and then they scale and they go,” she says.

The digital idea has scaled vastly. CNN president Jeff Zucker, who has known Comstock since they both worked at NBC 25 years ago, says, “GE clearly sees itself and presents itself as a digital company. With all due respect to Jeff [Immelt], I don’t know that that happens without Beth.” Immelt himself wouldn’t argue. “She has spearheaded our investment in the industrial Internet, driving our evolution to a digital industrial company,” he said when she was named a vice chair last year. 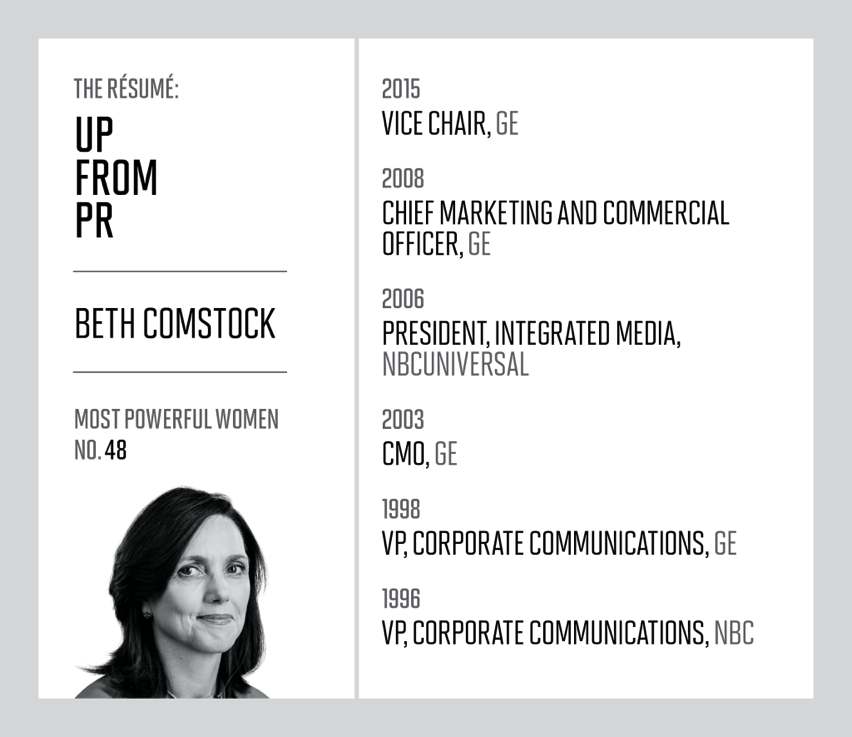