Dr. Fabiola Gianotti is an Italian scientist who studies particle physics. Her team at CERN (The European Organization for Nuclear Research) discovered the Higgs boson in 2012 and in 2014 she was elected the next Director-General of the organization. She began that post on January, 1st 2016. Today we celebrate her many achievements! 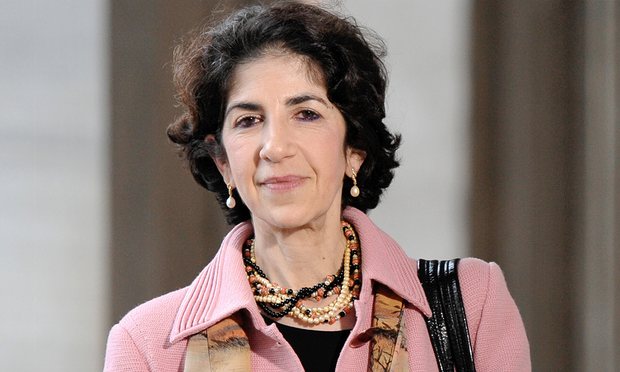 About two years ago, The Guardian profiled Dr. Gianotti. Excerpt below:

Gianotti initially decided to study philosophy at university because it asked big questions, but in the end changed to physics because it was more likely to produce answers. This combination of artistic and scientific influences has left her with three passions in life: music, cooking and physics. “All three follow very precise rules,” she says. “Musical harmony is based on physical principles while in cooking, ingredients must be weighed out with precision. At the same time, you have to be able to invent because if one follows the same recipe all the time, you never create anything new.”

After studying experimental particle physics at Milan University, she joined Cern in 1994 and later began work at the Atlas experiment, a vast underground cathedral of detectors that studies the explosive debris thrown out when beams of protons, travelling at near light speeds, are made to collide inside the Large Hadron Collider. It was this work that, 20 years later, saw Gianotti stand beside Edinburgh academic Peter Higgs to announce to the world’s press that the particle he had predicted 50 years earlier had at last been found. It remains a triumph for European science, Cern and our understanding of the cosmos.