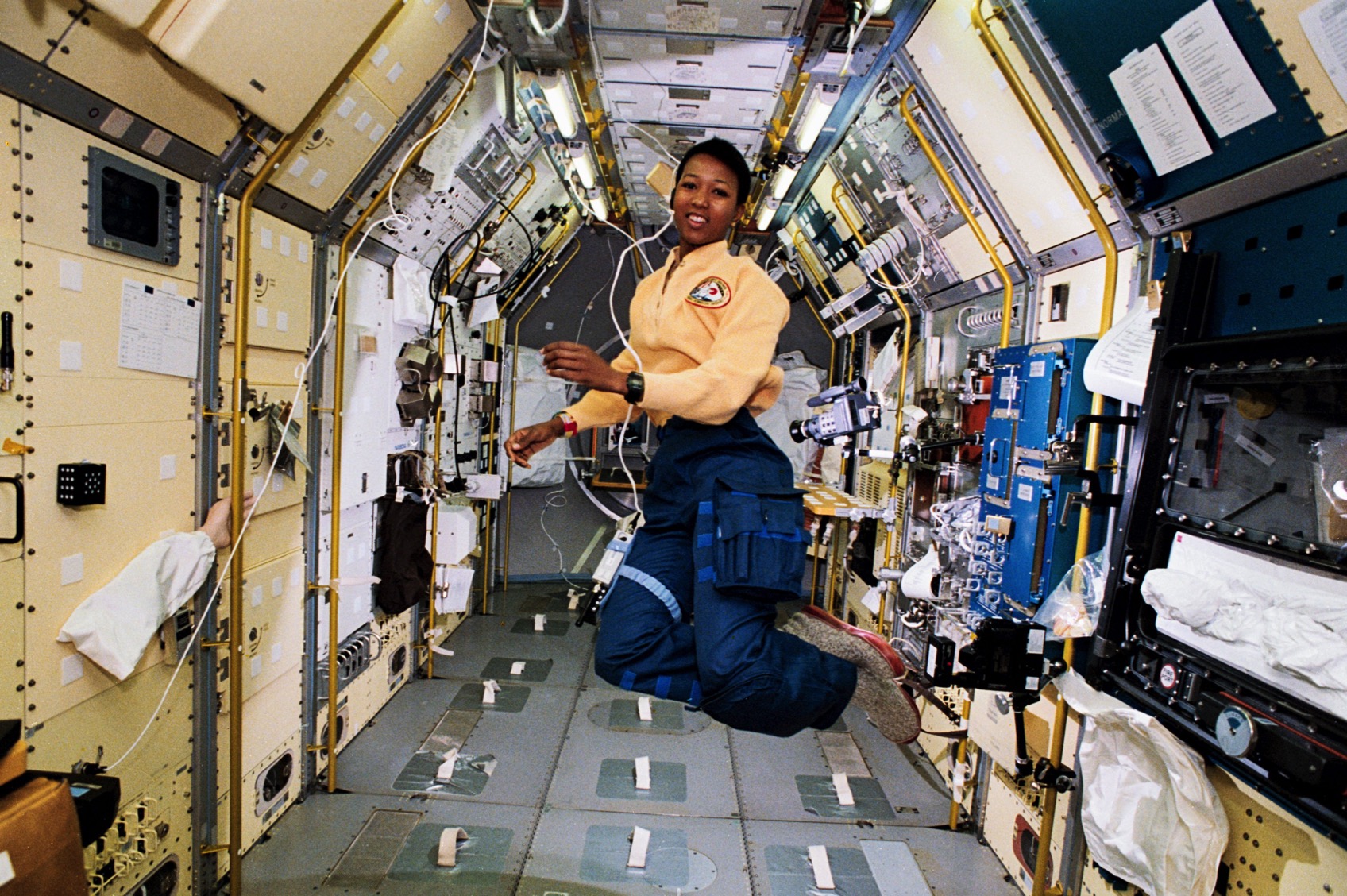 Dr. Mae Jamison was the very first African-American woman to travel in space, Via Biography

When Jemison was chosen on June 4, 1987, she became the first African-American woman to be admitted into the astronaut training program. After more than a year of training, she became the first African-American female astronaut, earning the title of science mission specialist—a job that would make her responsible for conducting crew-related scientific experiments on the space shuttle.

When Jemison finally flew into space on September 12, 1992, with six other astronauts aboard the Endeavour on mission STS47, she became the first African-American woman in space. During her eight days in space, she conducted experiments on weightlessness and motion sickness on the crew and herself. In all, she spent more than 190 hours in space before returning to Earth on September 20, 1992. Following her historic flight, Jemison noted that society should recognize how much both women and members of other minority groups can contribute if given the opportunity.

In recognition of her accomplishments, Jemison received a number of accolades, including several honorary doctorates, the 1988 Essence Science and Technology Award, the Ebony Black Achievement Award in 1992 and a Montgomery Fellowship from Dartmouth College in 1993. She was also named Gamma Sigma Gamma Woman of the Year in 1990. Additionally, in 1992, an alternative public school in Detroit, Michigan, the Mae C. Jemison Academy, was named after her.

Jemison has been a member of several prominent organizations, including the American Medical Association, the American Chemical Society and the American Association for the Advancement of Science, and served on the board of directors of the World Sickle Cell Foundation from 1990 to 1992. She has also served as an advisory committee member of the American Express Geography Competition and an honorary board member of the Center for the Prevention of Childhood Malnutrition.

After leaving the astronaut corps in March 1993, Jemison accepted a teaching fellowship at Dartmouth. She also established the Jemison Group, a company that seeks to research, develop and market advanced technologies.