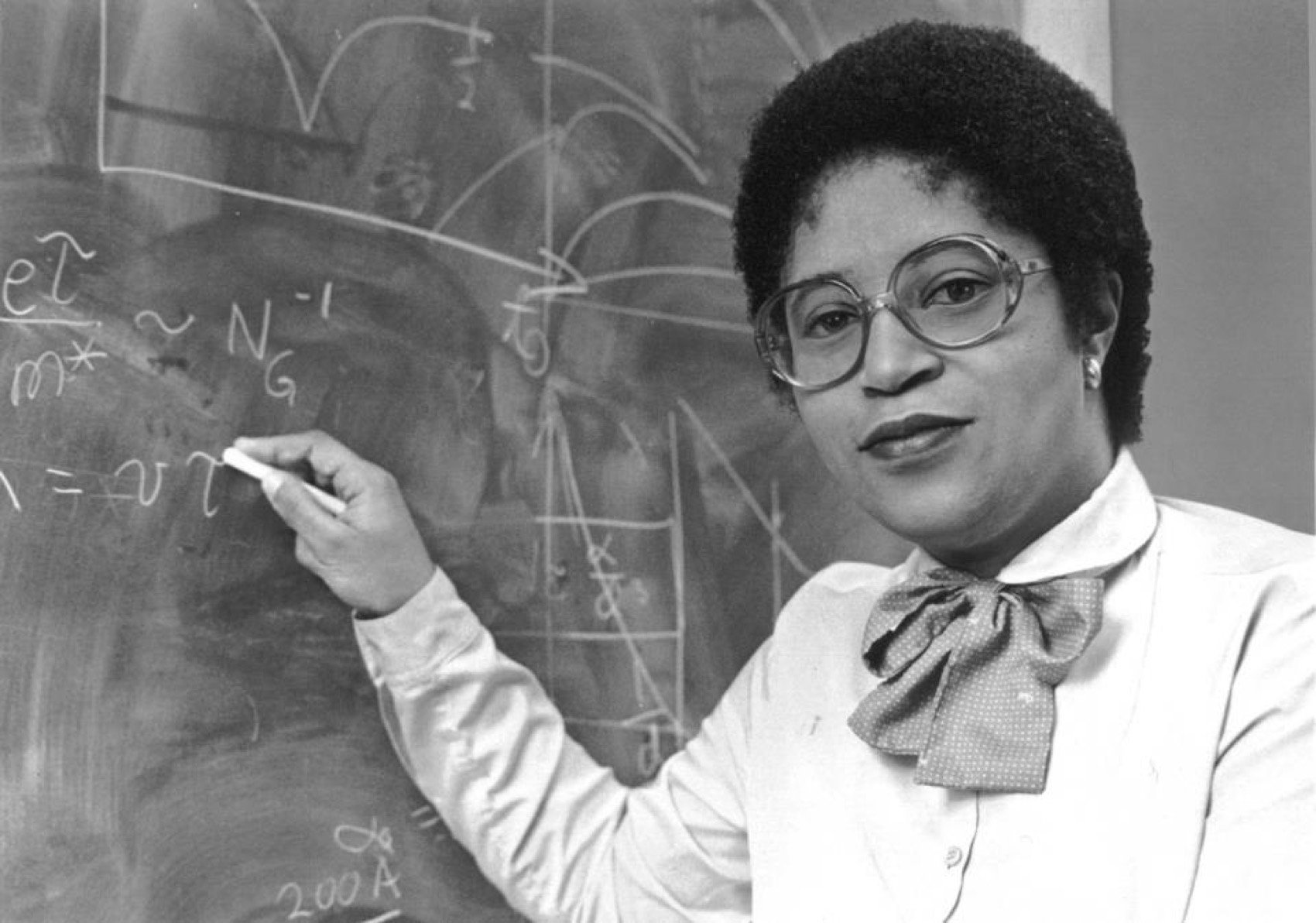 As a theoretical physicist, Dr. Jackson’s research specialty is in condensed matter physics, especially layered systems, and the physics of opto-electronic materials.

From 1991 to 1995, Dr. Jackson was a professor of physics at Rutgers University, where she taught undergraduate and graduate students, conducted research on the electronic and optical properties of two-dimensional systems, and supervised Ph.D. candidates. She concurrently served as a consultant in semiconductor theory to AT&T Bell Laboratories.

From 1976 to 1991, Dr. Jackson conducted research in theoretical physics, solid state and quantum physics, and optical physics at AT&T Bell Laboratories in Murray Hill, New Jersey. Her primary research foci were the optical and electronic properties of layered materials that included transition metal dichalcogenides, electrons on the surface of liquid helium films, and strained-layer semiconductor superlattices. She is best known for her work on the polaronic aspects of electrons in two-dimensional systems.

Before joining Bell Labs, Dr. Jackson spent two post-doctoral years working at the Fermi National Accelerator Laboratory in Batavia, Illinois, as well as a year at the European Organization for Nuclear Research (CERN) in Geneva, Switzerland. 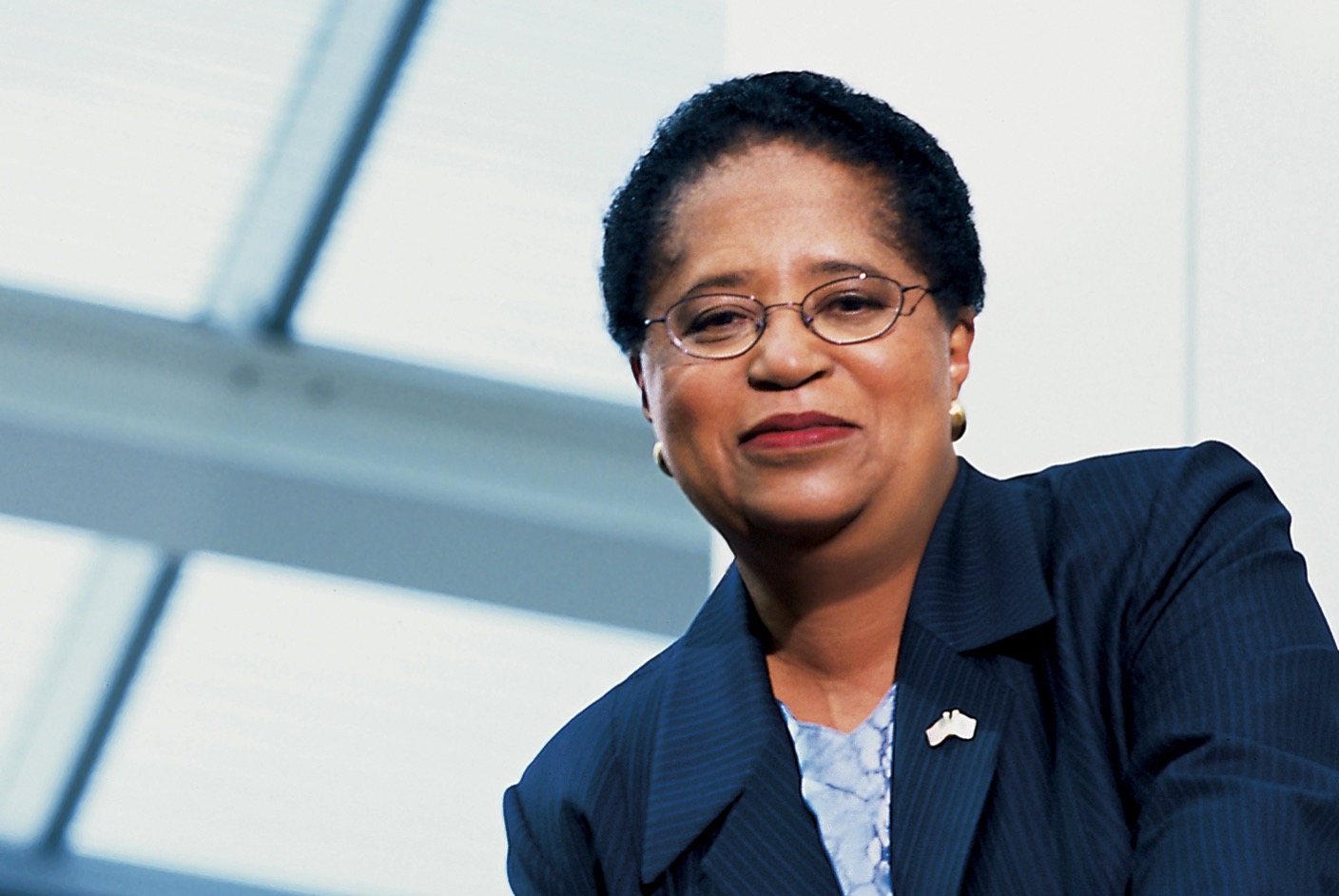 Since 1999, Dr. Shirley Ann Jackson has led an extraordinary transformation of Rensselaer Polytechnic Institute of Troy, New York and Hartford, Connecticut into a world-class technological research university. Rankings for Rensselaer among national universities have risen substantially under Dr. Jackson’s tenure, and the number of students applying to join the freshman class has tripled.

Dr. Jackson’s initial vision of remaking Rensselaer was captured in an ambitious strategic effort known as The Rensselaer Plan. Over the last 15 years, more than $1.25 billion has been invested in The Rensselaer Plan, and the campus has been transformed by state-of-the-art research platforms that include the Center for Biotechnology and Interdisciplinary Studies, the Curtis R. Priem Experimental Media and Performing Arts Center, and the Center for Computational Innovations, which houses the most powerful supercomputer at an American private university. Dr. Jackson prepared Rensselaer for leadership in areas of research that are of fundamental significance in the 21st century by focusing on “signature thrusts” in computational science and engineering; biotechnology and the life sciences; nanotechnology and advanced materials; energy, the environment, and smart systems; and media, arts, science, and technology. Her tenure has been marked by a tripling of sponsored research awards and expenditures, and the hiring of over 325 new tenure track faculty members, as well as advances in the curriculum, an increase in scholarships, growth of undergraduate research, and bold innovations in student life, including the award-winning First Year Experience and Clustered Learning, Advocacy, and Support for Students (CLASS).

Dr. Jackson secured for Rensselaer a $360 million anonymous unrestricted gift in 2001—one of the largest gifts in history to any university in the United States. In 2004, she launched the $1 billion Renaissance at Rensselaer capital campaign, which was expanded to $1.4 billion in 2006. The campaign met that goal nine months ahead of schedule in 2008, exceeding all previous fundraising efforts at Rensselaer.

The Rensselaer Plan now has been refreshed, as the university moves towards the bicentennial of its founding in 2024. The Rensselaer Plan 2024 is intended to make Rensselaer transformative in the global impact of its research, in the lives of its students, and its pedagogy. Towards that end, forward-looking research initiatives at Rensselaer are underway to address the greatest challenges of humanity in energy, water, and food security; national and global security; human health; climate change; and the allocation of scarce natural resources. These initiatives include The Rensselaer Institute for Data Exploration and Applications, or The Rensselaer IDEA, which brings together the strengths of the university in web science, high-performance computing, cognitive computing, data science and predictive analytics, and immersive technologies—and links them to applications at the interface of engineering and the physical, life, and social sciences—in order to answer complex questions that never could be answered before–questions at the root of global challenges.

In accordance with The Rensselaer Plan 2024, the university now offers a complete student experience for graduate students as well as undergraduates, through CLASS. Rensselaer also is taking the lead in pedagogical innovation, including creating the multiplayer and mixed reality classroom, as well as cyber-enabled discovery and learning—all of which are informed by the cutting-edge research at Rensselaer in data science, immersive environments, artificial intelligence, and cognitive science that takes place at Rensselaer.