Become the Horned King from The Black Cauldron 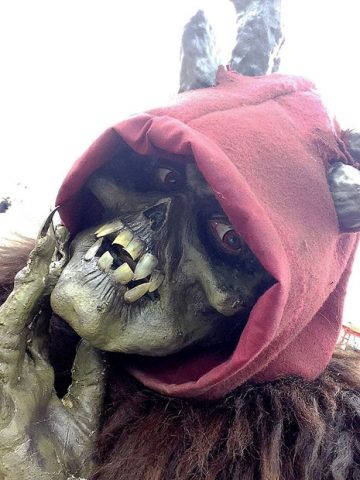 Remember the Disney film The Black Cauldron? The Horned King was the antagonist of the film, and as a kid, I found him terrifying. I still think he looks scary. Instructables user Tatterhood definitely captures his creepy visage in her take on the character. She made the mask from latex after doing a life cast of her head. She documented the process on Instructables and it has helpful information on using alginate to do a life cast and then sculpting and casting the mask. One important part she mentions that people usually forget? Making a stand to hold the life cast/mold so it cure and dry properly. She said:

I needed something to hold the alginate-plaster-of-paris-ultra-cal-filled-mold, that also wouldn’t damage it. It was important not to have the head resting fully on the ground (as it would be smooshed) so the weight of the mold had to be distributed to the shoulders.

So…we hacked together a simple jig. The husband, a good pal, and myself started with a big plastic garbage can/ They cut four notches into it the top rim of it, and I cut some wood trim pieces. The wood sat in the notches, and over that we placed a thick piece of foam over and down into the can. 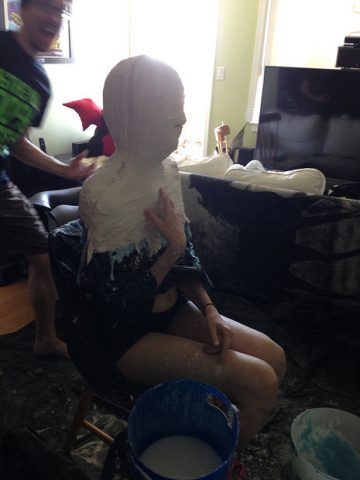 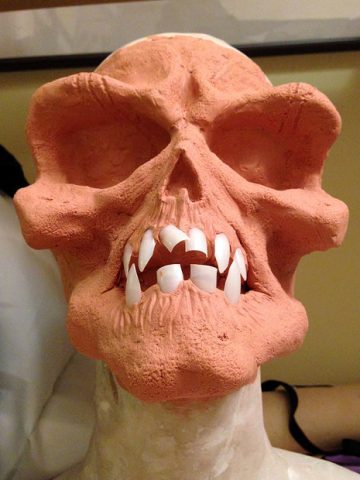 See more photos and get the complete instructions at Instructables.

Comments Off on Become the Horned King from The Black Cauldron