Collector Art Project is “A Kind of Reality Re-Mixer” #ArduinoMonday 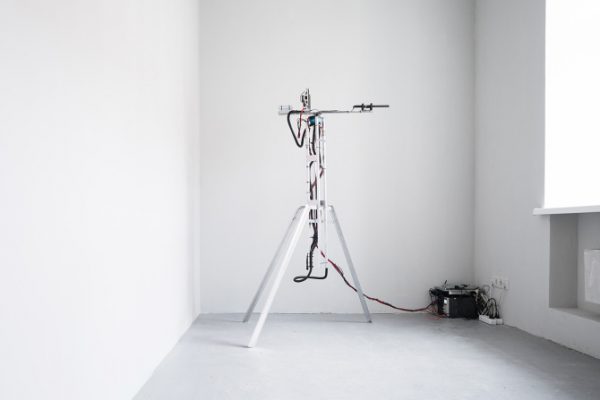 For his latest project, Dmitry Morozov (aka ::vtol::) has created a robotic machine that uses a microphone to record sounds from its surrounding environment, selecting only the loudest ones. Then, the aptly named “Collector” pieces these noises together in the order they were recorded to form an algorithmic  composition.

The object records sounds from the surrounding space, selecting only the loudest ones (those which exceed a certain level). Then, the machine puts together a composition consisting of these sounds organised in the order they were recorded. In fact, the object excludes the silence and composes the music from the surrounding sounds, while compressing the time. The voices, music, city sounds and other random noise are shaped into complex algorithmic compositions, which can be played after it has collected enough of them. It is a kind of reality re-mixer – by simply removing the silence and pauses between loud sounds and words, it creates the sense of very rhythmical and organised aural experience, which sounds very musical to me.