How to Clean a Beach With Your Robot #CitizenScience @robotgrrl #robots 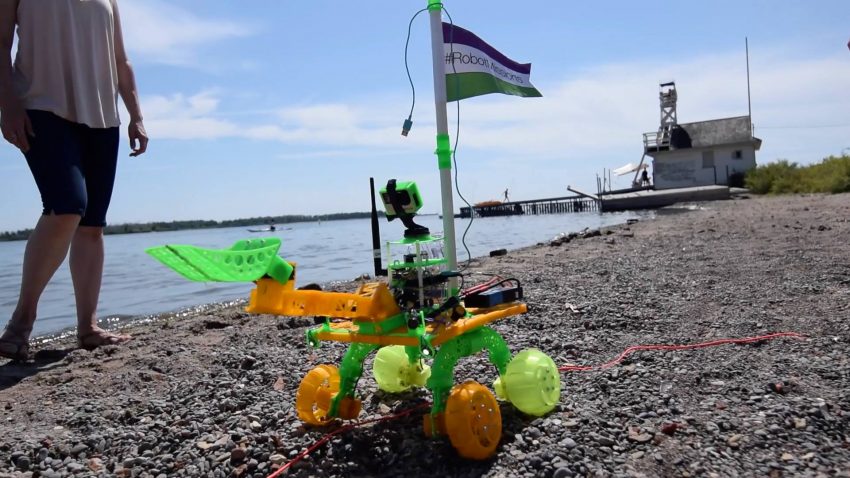 About a year ago Erin Kennedy aka @Robotgrrl asked my opinion about a new field robot she was envisioning that would be modular and have different capabilities. She wanted to know what kind of sensors I would want to include on the bot and also what kinds of tasks it might do. Well, little did I know she was crafting a plastic fantastic rover on wheels, capable of cleaning beaches. In fact, the idea expanded into Robot Missions, and was recently named a top Citizen Science project for the 2016 Hackaday Prize. The project originated with Erin’s concern over the pollution washing up locally on the shoreline.

What is so interesting about this project is that it combines makers and environmentalists working on issues in their own communities. The robots can be easily replicated in FabLabs or other maker spaces since they will be set up as open source kits. It’s not only educational, but empowering.

Missions are set by the community, deciding on ways to help improve the environment with a given challenge. This will involve working together with the environmentalists to formulate an understanding of the natural ecosystem in order to develop the necessary capabilities of the robot.

The first mission has been to clean up shorelines and monitor the environment. Their signature robot, Bowie, has not only had different scoops and wheels tested, but also a soil moisture sensor. Erin has some great pics of her teams in places like Toronto and Ottawa in action. All sorts of people are getting in on the fun and taking away bags of debris for recycling and disposal. 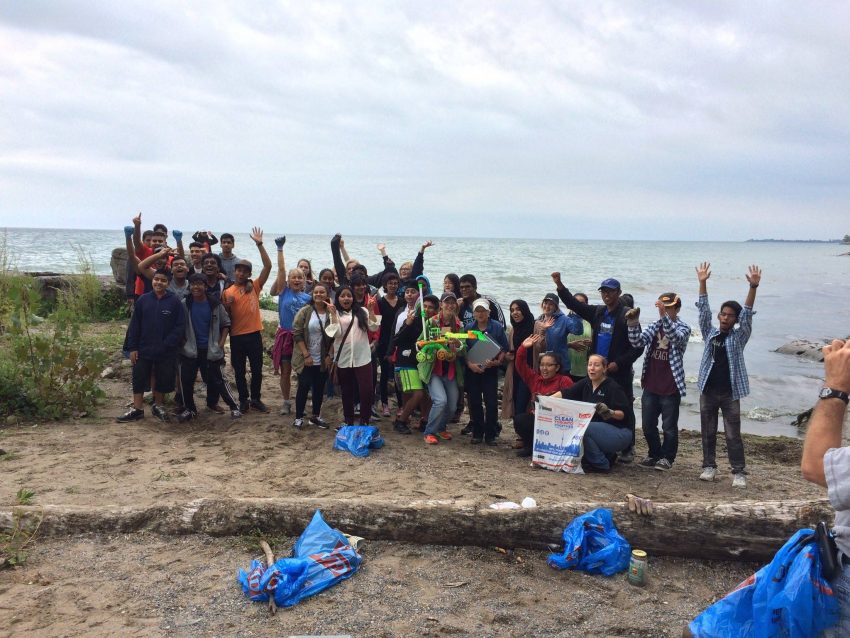 If you have ideas for how a robot may help with an environmental problem in your community Robot Missions may consider your request. Fill out their form or take suggestions from their site on other ways you can become involved. This type of citizen science offers so many entry points, whether it be design, 3D printing, engineering, programming, environmental science, video or storytelling. If you are a robot fan, you may want to also check out our tutorial for the Bluefruit LE Feather Robot Rover. It has a long name, but it’s basically our cute red robot chassis combined with the magic of a Feather microcontroller that allows you to control the robot with your phone. Sweet! What kinds of problems can you solve with a bot?