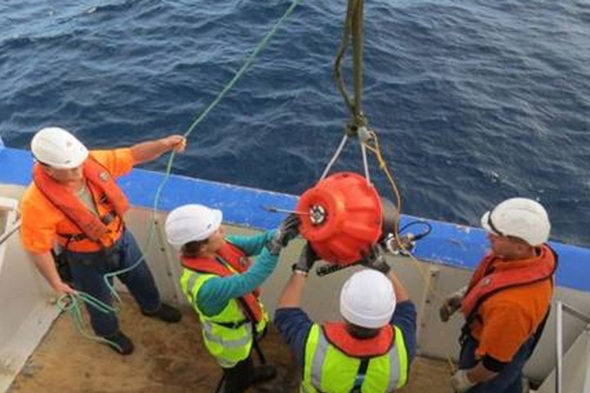 In June 2014, two Deep Argo floats were deployed north of New Zealand. This year, Johnson said a dozen floats are due to be released into the sea. The goal is to expand the program to have global coverage, although currently the U.S. Argo program, which is funded by NOAA but implemented by five U.S. institutions, has limited funding for the deep divers.

Unlike the original version, deep-ocean Argo floats are made of glass and are orb-like, rather than cylindrical. The design, spearheaded by the Scripps Institution of Oceanography and Teledyne Webb Research, better distributes the crushing pressure almost 4 miles under the ocean’s surface. But like the original Argo, Deep Argo can cycle from the surface to 6,000 meters down in 10-day cycles, relaying information for three years.

“They can survey the whole ocean, with the exception of the deepest ocean trenches,” Johnson said. “That’s revolutionary.”