Are There Any Proven Benefits to Fasting?

Mark Mattson is Chief of the Laboratory of Neurosciences at the National Institute on Aging Intramural Research Program. He is also a Professor of Neuroscience at Johns Hopkins University. His 16 minute TEDx talk explains some of the benefits of fasting by challenging your brain and opening up new adaptive stress pathways. Mark also provides various historical examples of fasting including how the Romans would lock epileptics having seizures in a room and force them to fast until the “demons” left them. The discovery being that fasting would stop the seizures. He also explains how we can make our own ketones and increase the mitochondria in our nerve cells. 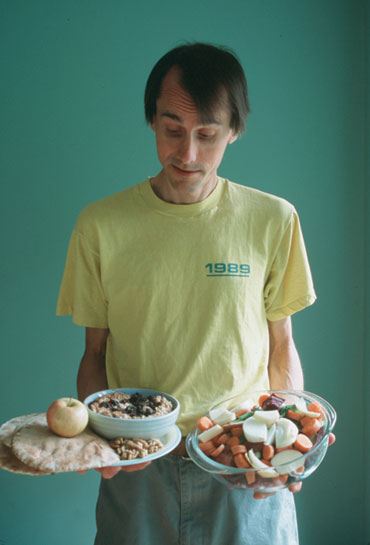 According to research conducted by neuroscientist Mark Mattson and others, cutting your energy intake by fasting several days a week might help your brain ward off neurodegenerative diseases like Alzheimer’s and Parkinson’s while at the same time improving memory and mood.

Mattson’s studies have built on decades-old research establishing a connection between caloric intake and brain function. In laboratory experiments, Mattson and his colleagues have found that intermittent fasting—limiting caloric intake at least two days a week—can help improve neural connections in the hippocampus while protecting neurons against the accumulation of amyloid plaques, a protein prevalent in people with Alzheimer’s disease. “Fasting is a challenge to your brain, and we think that your brain reacts by activating adaptive stress responses that help it cope with disease,” says Mattson. “From an evolutionary perspective, it makes sense your brain should be functioning well when you haven’t been able to obtain food for a while.”

Comments Off on Are There Any Proven Benefits to Fasting?