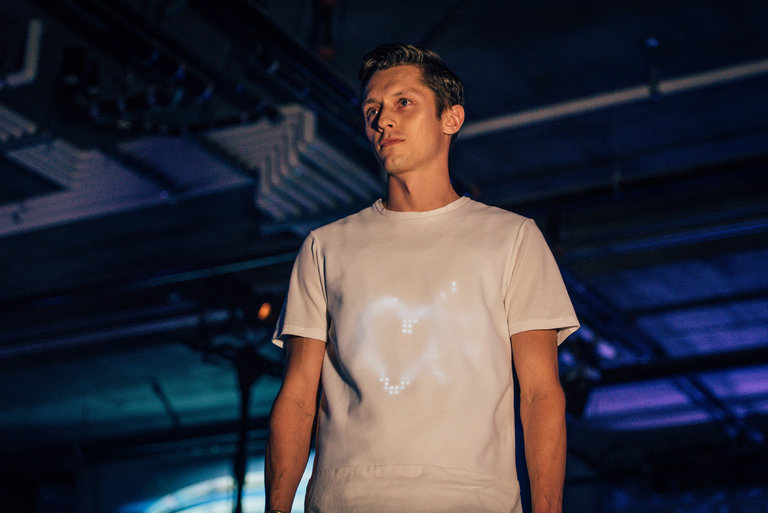 The New York Times has a roundup of Silicon Valley fashion week.

At any given moment, it seems there’s a fashion week happening somewhere in the world, be it Sydney, Istanbul, Dubai, Seoul, Moscow, Toronto, Copenhagen or Lagos (to name a few).

But the latest entrant to the list may be the most surprising: Silicon Valley.

Or, as the organizers style it: Silicon Valley Fashion Week?! The punctuation marks as part of the title are a self-aware nod to the incongruity of marrying the location, known for its allegiance to hoodies, Tevas and T-shirts, to a fashion event.

But that does not mean they are any less serious about its potential.

The three-day annual event, which finished its second turn over the weekend in San Francisco, bills itself as “part fashion show, part variety show, part trade show” and is open to the public, unlike the usual fashion industry events. This year, approximately 30 brands were featured, and tickets, at $20, sold out, with about 500 people attending each day.

It was staged by Betabrand, a San Francisco company that builds its clothing catalog by crowdsourcing design ideas and, after seeing which take off, crowdfunding the production of their prototypes to see which ones people will actually want to buy. Examples include a “mind the gap” blouse that stretches to fit the body’s contours; a dress that uses a trademarked reflective material; and “the softest khakis you’ll ever own,” which feature a drawstring for comfort.

The event exists at the nexus of Burning Man, wearable technology and the Maker Movement, home of inventors, designers and other do-it-yourself types. Adobe, for example, (yes, the software company) organized a comedy sketch involving augmented reality in which the week’s organizer, Mustafa Khan, spoke to an animated character about his style choices; Pebble Smartwatch presented a Smarthole Hoodie, a standard hoodie design with sleeves that extend over the thumbs and have a movable panel around the wrist to make gaining access to the company’s device easier; Tinsel offered headphones that can be worn as a necklace; and Lust for Dusk sent crowns made with LED bulbs down the runway in the grip of drones.

Dilek Sezen, a brand that works with 3-D printing, presented a wide skirt made with strips of fabric interlaced in a gridlike pattern and a headpiece composed of spikes. When the model pointed a black light at the headpiece, it glowed purple, pink and blue.

Alison Lewis, who holds a design and technology master’s degree from Parsons School of Design in New York, showed three items: a lambskin leather handbag embedded with LED bulbs that can be rearranged in different patterns with an app; a T-shirt that does the same; and a dress with lights that undulate in time with the wearer’s heartbeat. 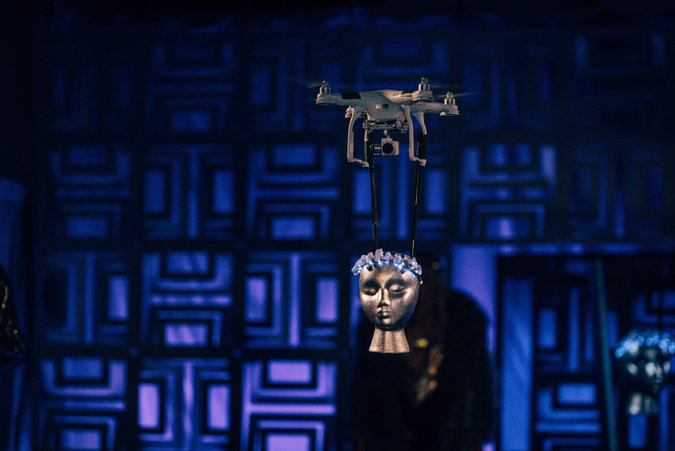 Comments Off on Highlights from Silicon Valley fashion week #WearableWednesday