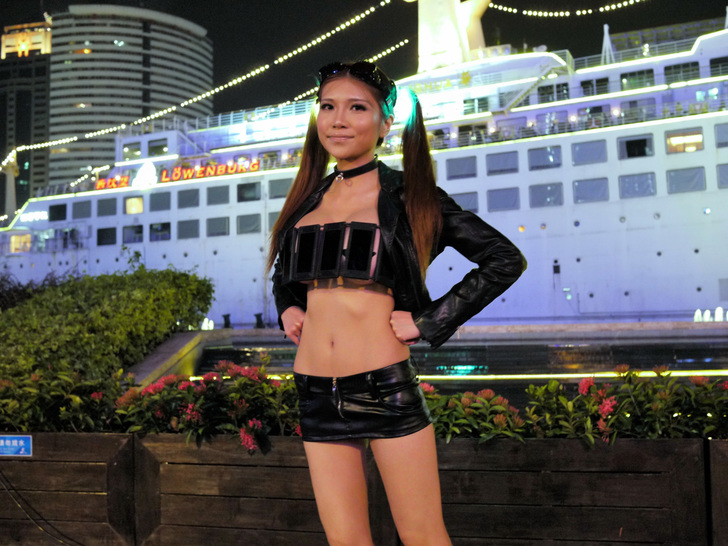 SexyCyborg posted another cool wearable project on imgur – check it out here!

These photos make sense best when watched with the build video:

This project was inspired by my experience with Make Magazine. While I’m a huge fan they have a pretty serious dress code for women appearing in the print edition- they have not shown a female midriff in eight years. This has made it difficult for the current generation of young female Makers who work on Wearables, Cosplay and Fashion Tech to have their work acknowledged. Make has refused to discuss just what the editorial guidelines are, so we have no way of adjusting our content to meet them.

If Cosplayers, EDC girls and Tech Fashionistas were all going to be excluded for not meeting another generations unwritten definition of “appropriate”, I set my mind to showing them just how inappropriate a creative Maker girl could be if she set her mind to it- and decided to hit Fashion Night at the upcoming Shenzhen Maker Faire in style 😛

I knew the Western Maker team would have RGB LEDs, more of them, and more skill sewing with them. So to start with if I wanted to avoid LEDs I’d have to bring something new.

With most of my projects I like to look to Chinese history, it’s long and full of weird stuff you can draw on for inspiration. To think we used to be good at in creating, but bad at scaling and making things commercially viable when now it’s the exact opposite?

Given what I’d be going through with Make I knew I wanted something involving electronically variable modestly, as a kind of defiant social statement (boys are disruptive with their tech skills all the time, it stands to reason girls would be as well- with the issues that are important to us). So I wondered “How did we quickly hide parts of ourselves a thousand years ago…”. Well we’d hide our face with a fan, or use it in folk dance right? So I sketched some ideas- fans on servos, rotating slats, irises, tubes of fluid- all stuff likely to get wrecked climbing in and out of a taxi let alone dancing.

I was checking out Sophi Kravitz’s Hackaday page. She’s an awesome engineer I’d met at last year’s Maker Faire. On her page I saw she’d been working with LCD Shutter glass. Aha! That was what I needed. 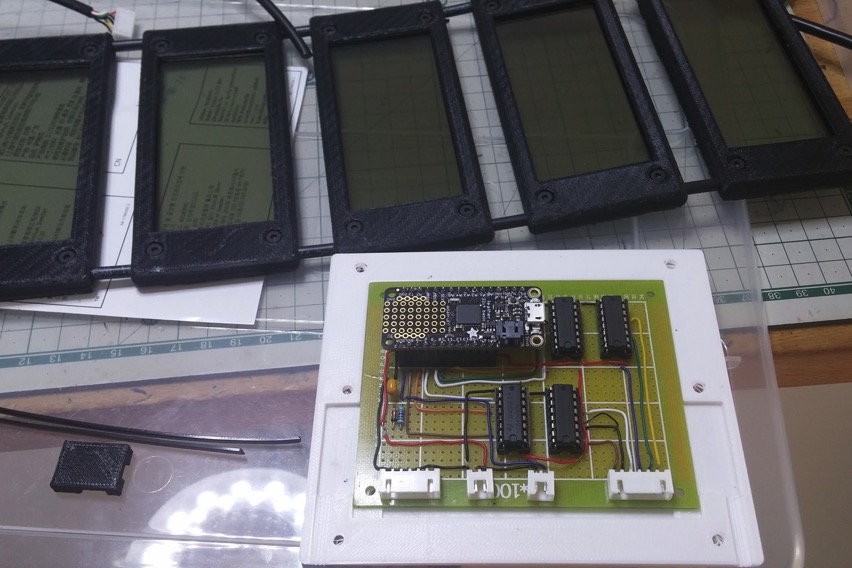 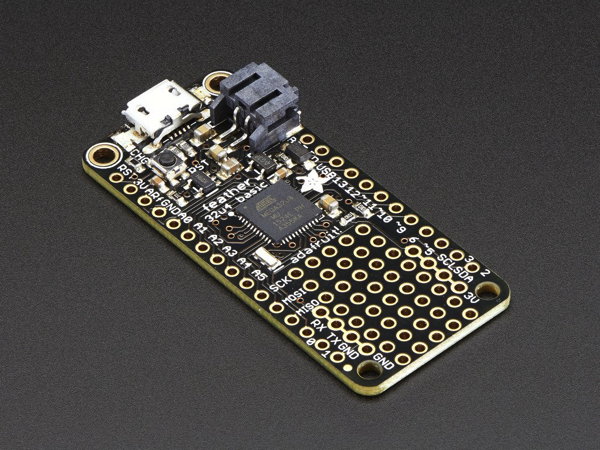 At the Feather 32u4’s heart is at ATmega32u4 clocked at 8 MHz and at 3.3V logic, a chip setup we’ve had tons of experience with as it’s the same as the Flora. This chip has 32K of flash and 2K of RAM, with built in USB so not only does it have a USB-to-Serial program & debug capability built in with no need for an FTDI-like chip, it can also act like a mouse, keyboard, USB MIDI device, etc. This chip is well supported in the Arduino IDE and can run just about every sensor/library out there. Read more.