Closing in on a Giant Ghost Planet 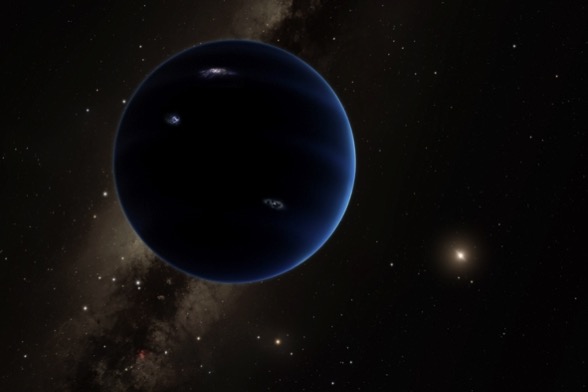 Far beyond the eight planets of the solar system, beyond even Pluto and the diminutive dwarf planets, may lurk a major new world called “Planet Nine.” Few if any discoveries can be as sensational as finding another planet orbiting our sun, making the feat a Holy Grail for astronomers, who have managed to pull it off only a few times over the centuries. No one yet knows exactly where this ephemeral world might be—or even if it really exists at all. But in the race to find it researchers are now narrowing down its location through its influence on the rest of the solar system, roughly halving the amount of space they thought they had to search only a few months ago. The scientists detailed their latest advances in the quest last week at the meeting of the American Astronomical Society Division for Planetary Sciences and the European Planetary Science Congress in Pasadena, Calif.

In January astrophysicists Konstantin Batygin and Michael Brown at the California Institute of Technology revealed evidence for a big, undiscovered ninth planet. Their computer models suggested the gravitational pull of such a world might explain the strange, tilted orbits of several bodies in the Kuiper Belt of icy objects that haunt the solar system’s outer reaches. Scientists are now scrambling to be the first to spot Planet Nine using some of the biggest telescopes on Earth, such as the Subaru Telescope in Hawaii.

Batygin and Brown’s work narrowed down the planet’s possible mass and orbit to areas where previous observations might have missed it. Their calculations suggest that it has a mass between five to 20 times that of Earth—a figure that is key to knowing the approximate size of the object they are looking for. They also suggest that its orbit is likely tilted about 30 degrees compared to the plane of the solar system—the relatively thin, flat zone in which the eight major planets orbit. They also propose that the planet is now likely near its farthest point from the sun, in the sky’s northern hemisphere, and that it likely has an elongated orbit averaging between 380 and 980 astronomical units (AU) from the sun. (One AU is the average distance between Earth and the sun.)

Comments Off on Closing in on a Giant Ghost Planet