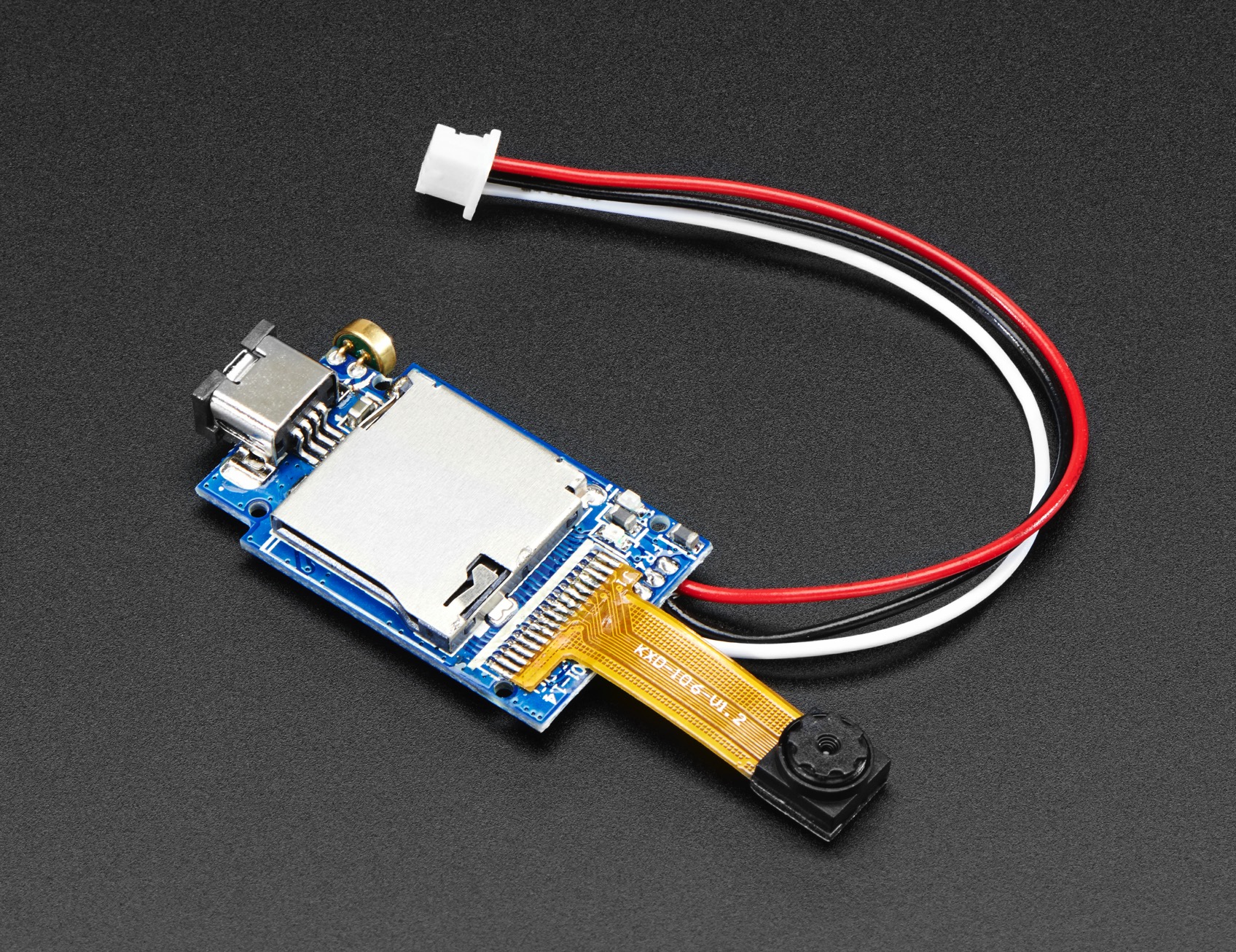 Is your house haunted? Or, rather, are you convinced that your house is haunted but have never been able to prove it since you’ve never had a camera small enough that the ghosts wouldn’t notice it? Or maybe you want to put a camera on your cat to see what she’s up to during the day. Or make a ‘life capture’ camera that takes a time-lapse of your day. A tiny little camera is whatcha need!

This Mini Spy Camera is smaller than a thumbnail with a high enough resolution to see people, or ghosts, or whatever it is you’re looking for. It’s fairly high resolution (720p video and 1280p photo) module, with a driver board that is about 1 square inch in size, with a microSD card holder. The image module is about the size of a cell phone camera – the body being just 6.2mm x 6.2mm – and has a stick-on back so it’s easy to mount in a doorbell or behind a teddy bear’s eye (might as well be creative). There’s a power LED and an ‘activity’ LED that lets you know what its doing.

We don’t have a real datasheet, we think these are just ‘guts’ of some low cost keychain camera. However, it’s not too hard to use. Connect the red wire to 3.7V-5VDC and the black wire to ground. Then use the white wire to control the camera. When touched to ground for under half a second, the camera will take a photo and stick it in a PHOTO folder on the SD card, numbered from PIC000.jpg up to PIC999.jpg. The red LED will blink briefly. When the trigger wire is touched for over a half second, it will start taking a video clip with audio from the mini microphone. The LED will stay on during the entire recording. Touch it again for half a second+ to stop. 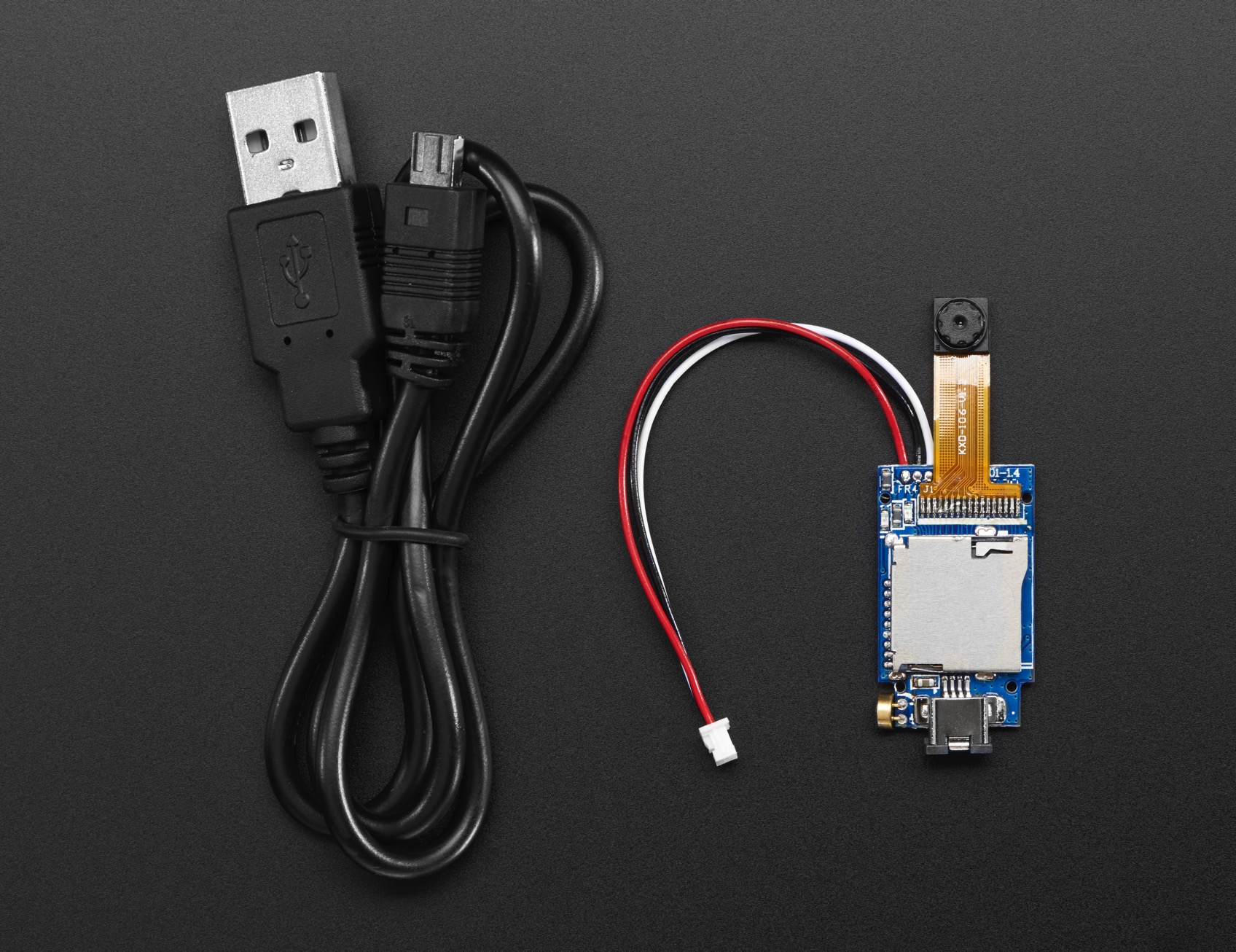 What we like about this module is it’s simplicity and good quality. Best of all, there’s no overlay text like most other cheap modules. It’s really easy to make a micro-timelapse device (see the video above for a timelapse we made with a simple Arduino pulsing the trigger pin every 30 seconds), or make little videos from the point of view of your robot! Note that there is a microphone but the audio quality is a little buzzy, it works but we’re not going to replace our cellphone camera here.

In terms of still images, the camera is capable of 1280×960 pixel static images, and 720×480 video. A microSD slot on the board allows video recording to either a microSD or microSDHC memory card. Comes with a USB cable for power and data transfer (plug it in and it will show up as a disk drive). 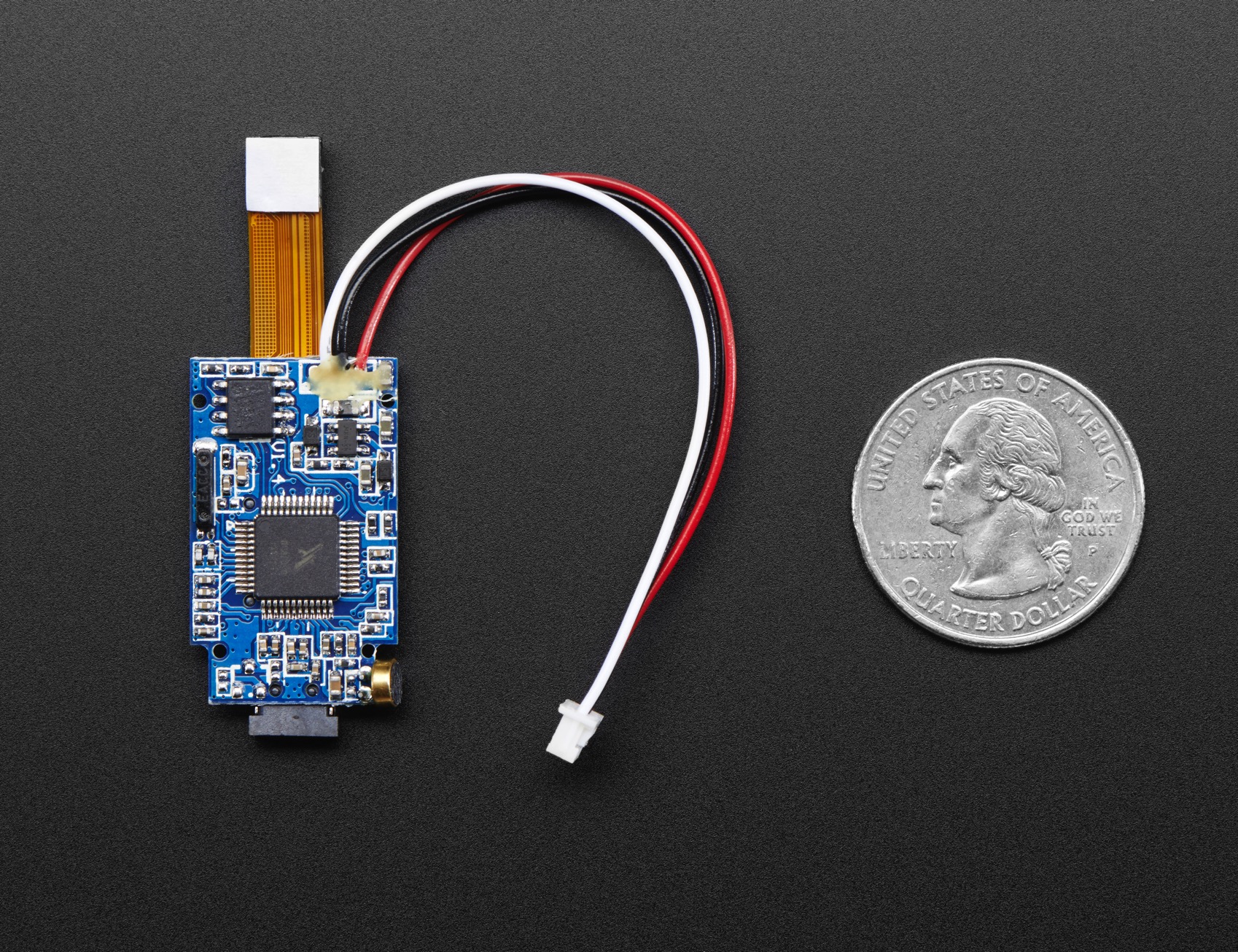 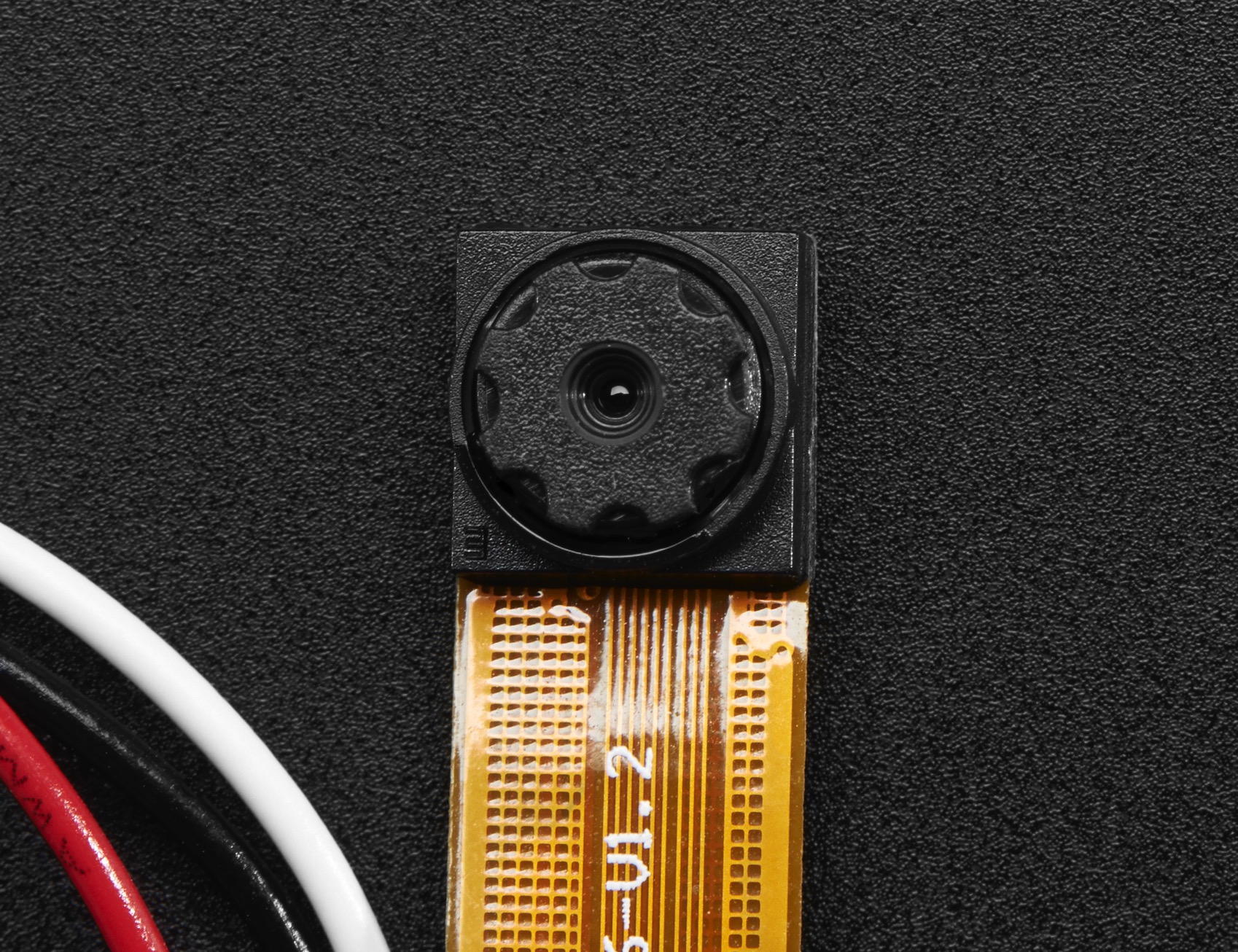