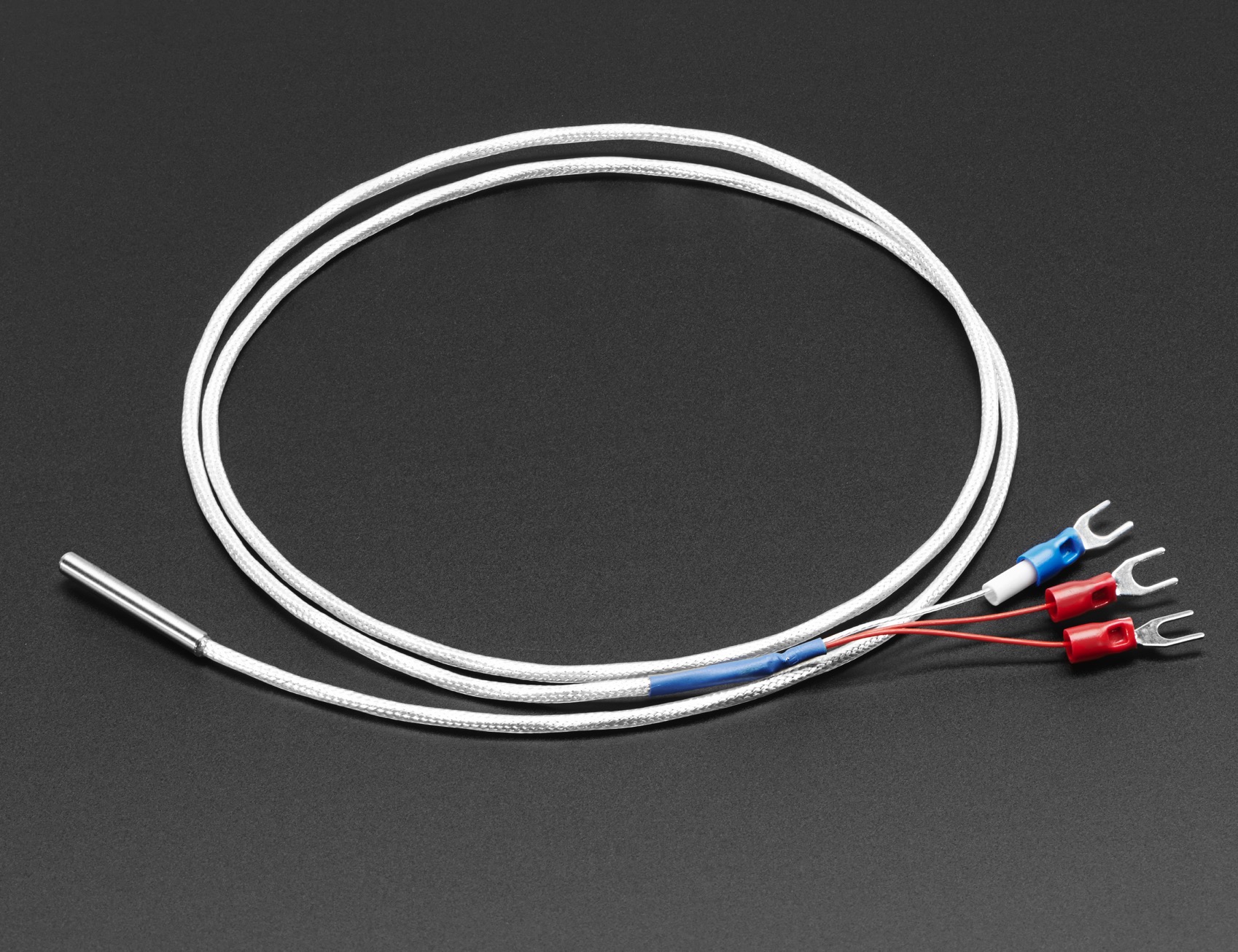 For precision temperature sensing, nothing beats a Platinum RTD. Resistance temperature detectors (RTDs) are temperature sensors that contain a resistor that changes resistance value as its temperature changes, basically a kind of thermistor. In this sensor, the resistor is actually a small strip of Platinum with a resistance of 100 ohms at 0°C, thus the name PT100. Compared to most NTC/PTC thermistors, the PT type of RTD is much most stable and precise (but also more expensive) PT100’s have been used for many years to measure temperature in laboratory and industrial processes, and have developed a reputation for accuracy (better than thermocouples), repeatability, and stability.

This high-temperature PT100 sensor is equipped with an stainless steel shield is good for up to 550°C.

Each sensor comes with three wires. Two of the wires connect to either side of the platinum resistor like you’d expect. The third wire is also connected to one end of the PT100. If your RTD amplifier supports 3-wire sensors, it will drive the resistor with the first two wires, and measure the voltage differences so that it can subtract any voltage drop from the wires. If your RTD amplifier only has 2-wire support simply leave the third wire disconnected. 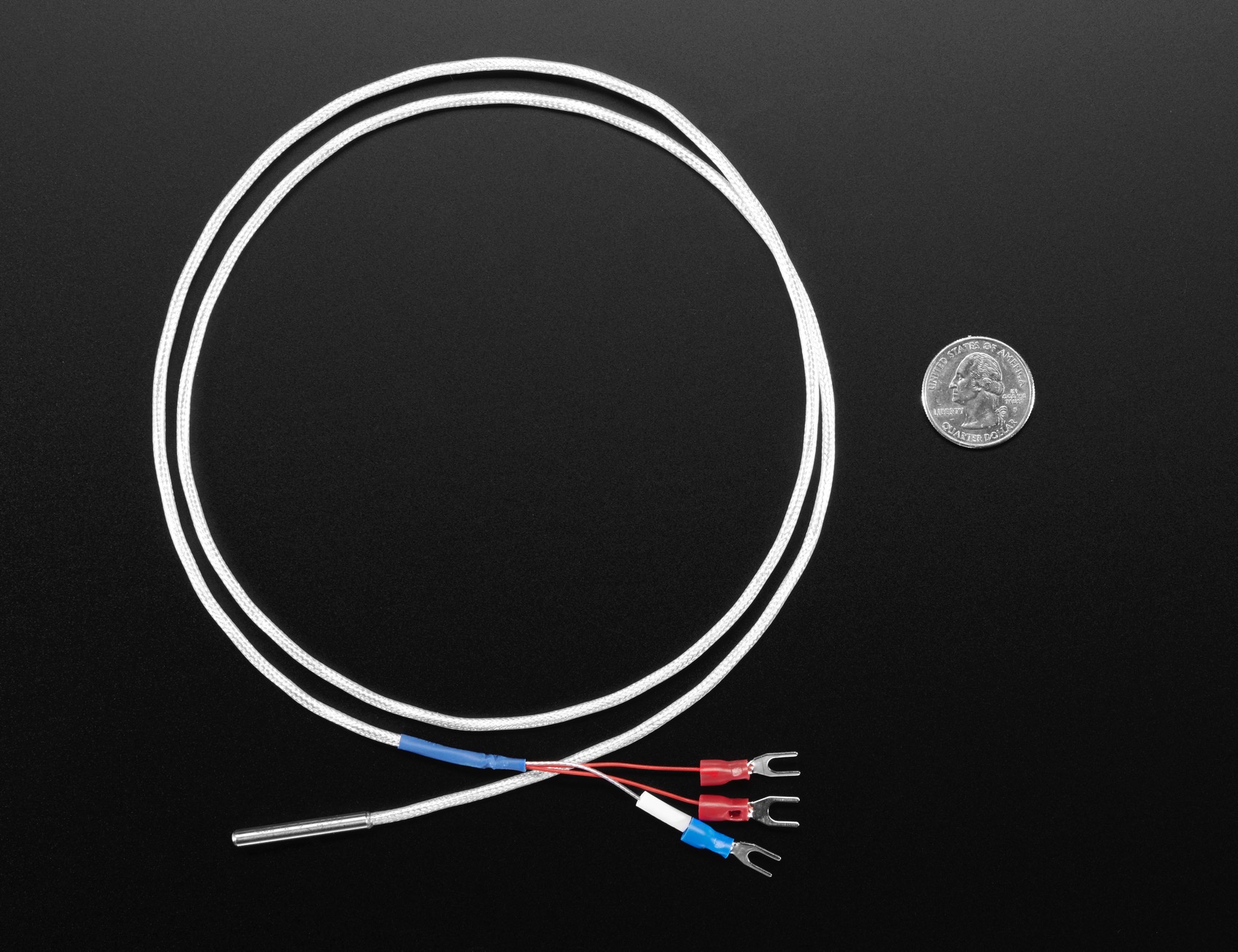 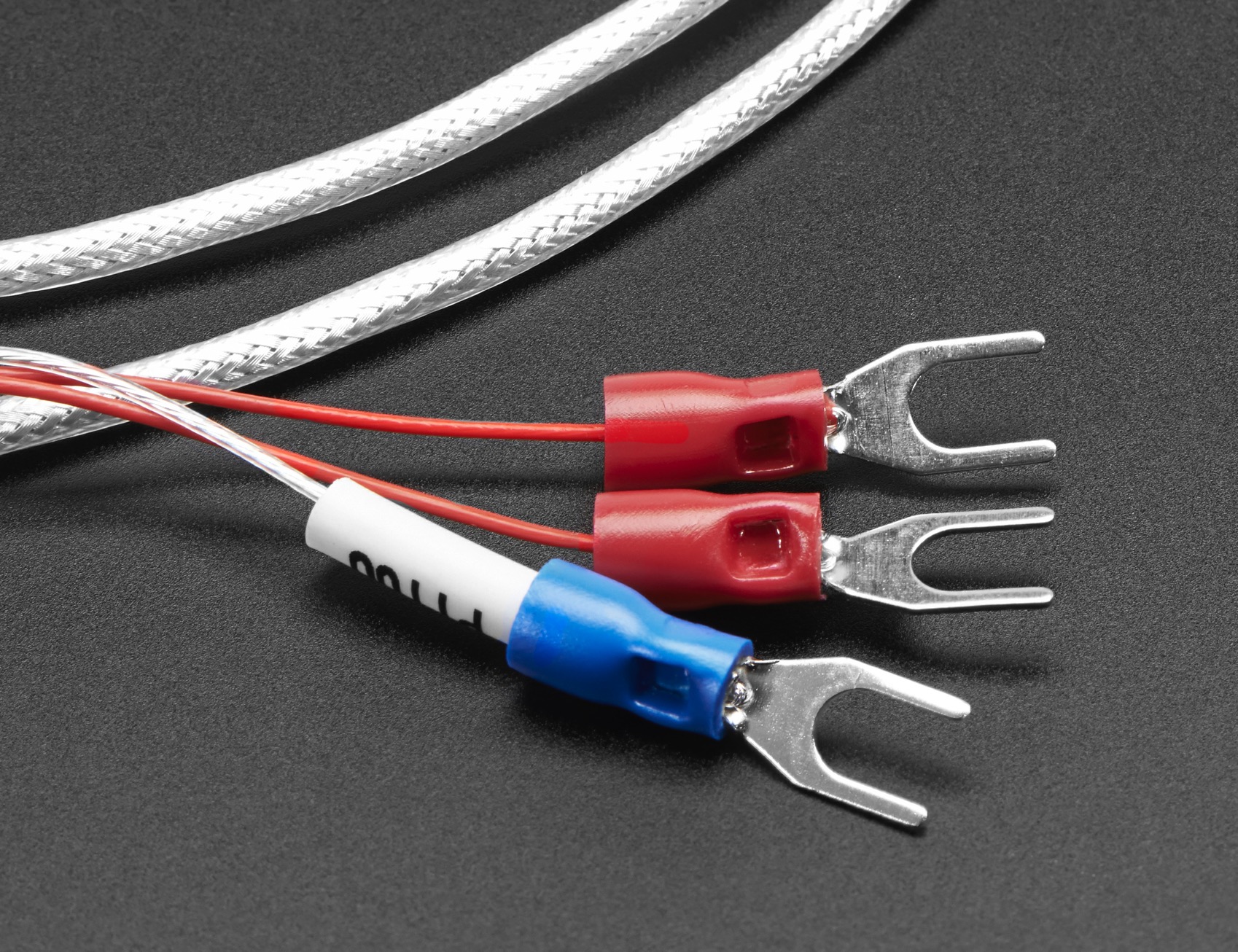