How To Make a Complex Megara Wig 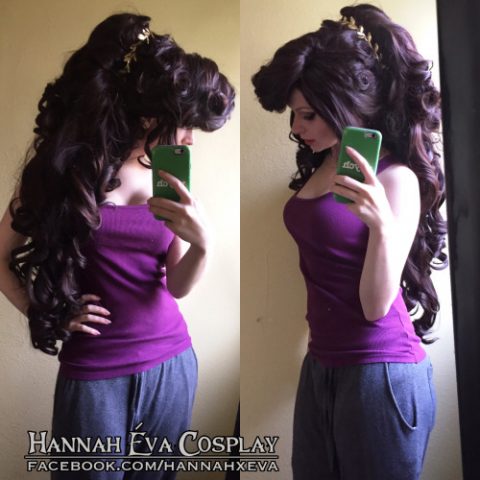 Hair in animated films usually looks impossible to re-create — especially in Disney animated films. But with some creativity and more than one wig, you can nail it. Hannah Eva recently made a Megara costume, and I’d argue the Hercules character has one of the most unrealistic hairdos in animation. However, Hannah Eva figured it out. You can see her Megara wig in the above picture. People responded to the photo with bewilderment and enthusiasm, so Hannah Eva shared a how-to.

Not surprisingly, the biggest ingredient in this wig recipe is lots of hair: four full brown wigs and two brown half wigs, to be exact. Hannah Eva also used a ton of bobby pins, a styrofoam ball, a sewing machine, and more to replicate the look. She started by reconfiguring one of the purchased wigs:

The wig I bought was parted in the center so the first thing I had to do was rip out the parting and all the wefts on top so it could be moved to the side. I then sewed in all the shorter and “bangs” areas from from all the wigs I purchased to fill in the gap.

See a picture of that step below.

They styrofoam ball was used to give the ponytail height. Read the complete wig tutorial at Tumblr. 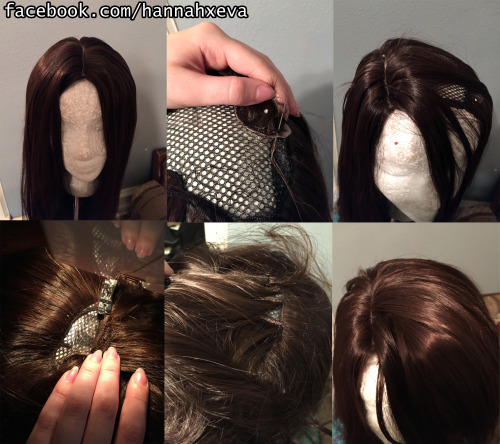 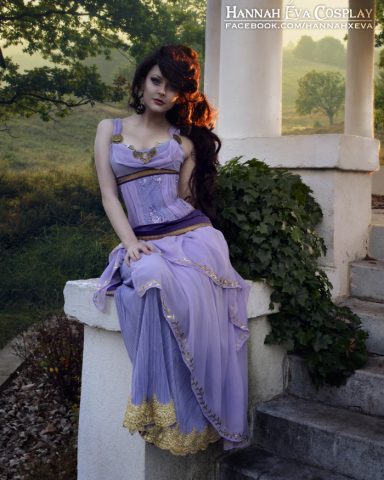 Comments Off on How To Make a Complex Megara Wig