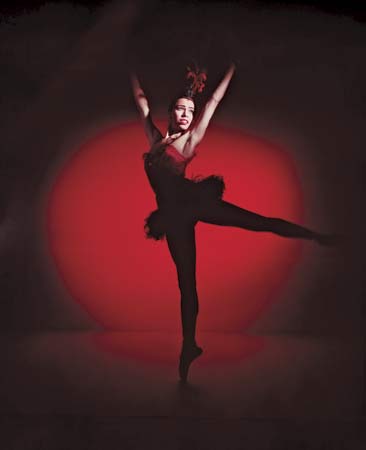 Born on an Osage Indian reservation in Oklahoma Maria Tallchief was the first native american woman to be a prima ballerina! Via Britannica

Born in a town on an Osage Indian reservation in Oklahoma, Maria Tallchief and her sister, Marjorie, were of Osage and Scotch-Irish descent. Both sisters began dancing as children and later studied with Bronislava Nijinska and David Lichine, among others.

In 1942 Tallchief joined the Ballet Russe de Monte Carlo, a leading touring company based in New York City following the outbreak of World War II. Over the next five years she attracted much attention with her performances in such Balanchine-choreographed works as Le Bourgeois Gentilhomme, Le Baiser de la fée, and two for which she created the roles—Danses concertantes (1944) and Night Shadow (1946). She and Balanchine married in 1946, but by 1952 the marriage had ended. Tallchief left the Ballet Russe early in 1947 and, after a few months as guest artist with the Paris Opéra Ballet, joined the new Ballet Society, which the next year became the New York City Ballet (NYCB).

In her 18 years with that company, Tallchief was the foremost exponent of Balanchine’s choreography, and she was the company’s prima ballerina in 1954–55. She earned acclaim for her performances in Orpheus (1948), Firebird and Bourrée fantasque (both in 1949), Caracole and Scotch Symphony (both in 1952), Pas de dix (1955), Allegro brillante (1956), and Gounod Symphony (1958). In addition, she originated the roles for Balanchine’s versions of Sylvia Pas de Deux (1950), Swan Lake (1951), and The Nutcracker (1954). She extended her repertoire with American Ballet Theatre, appearing (1960–62) primarily in dramatic roles.

Comments Off on Maria Tallchief #NativeAmericanHeritageMonth