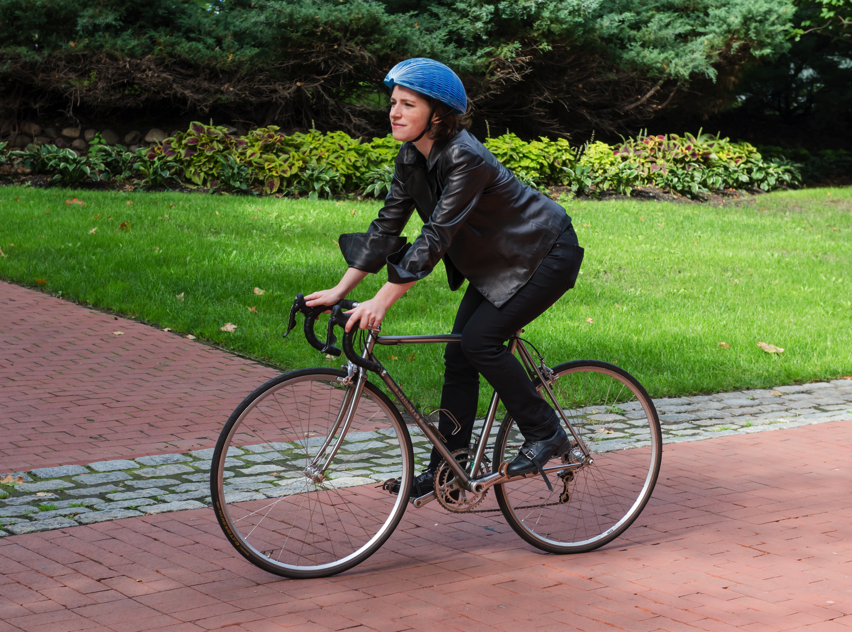 A recyclable, collapsible helmet that could be sold at bike-share stations has been named this year’s winner of the James Dyson Award.

Isis Shiffer, a graduate of the Pratt Institute of Design in New York, made the EcoHelmet from layers of recycled paper woven into a honeycomb-shaped structure.

While the helmet keeps its shape to protect the cyclist’s head as it is being worn, when it is removed, the radial structure allows the helmet to concertina into a flat object.

To make it waterproof, it has been covered in a biodegradable coating that protects it in the rain for up to three hours.

“EcoHelmet has been through several stages of development to arrive at a design that both works and looks good,” said Shiffer. “Early prototypes worked, but looked like pineapples; intermediate prototypes looked great and fell apart.”

“The final, three-block design is fully functional and echoes the leather helmets of the 1970s,” she added. “It was important to me to keep the price as low as possible and the look as universally appealing as I could.” 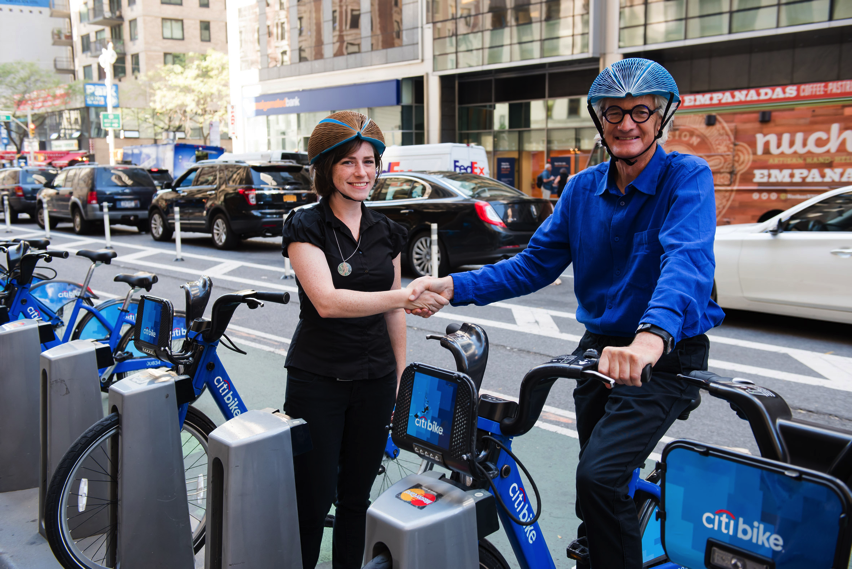