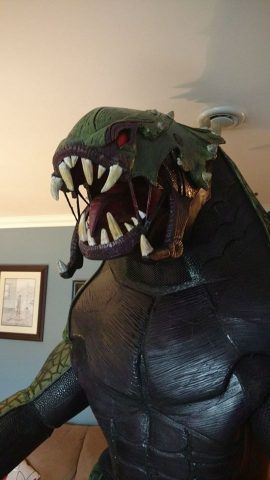 When a monster is named Goliath, you expect a certain stature, and the monster from Evolve doesn’t disappoint on that count. The Goliath is the first playable monster in the video game. Gary Munn and Hamilton Cornish, a.k.a. FoamWerx Cosplay, rose to the occasion of constructing a replica. It’s eight feet tall and about four feet wide. This was their first monster, and I’d say it turned out rather well. As you might guess from their alias, they used a lot of foam in the build. See a couple more photos of the costume below and watch it in action in this movement test. 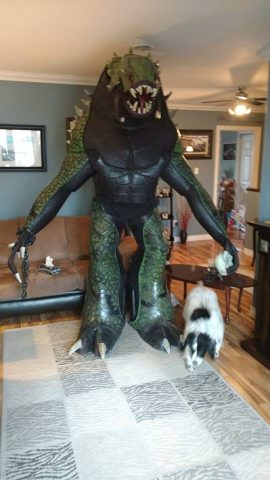 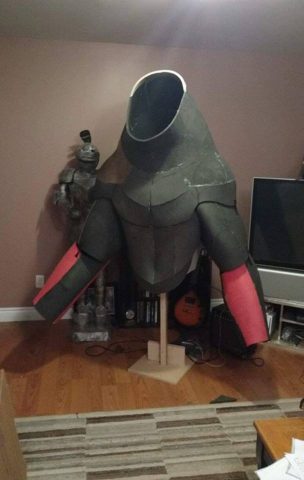