Pauline Oliveros, Eletronic Music Pioneer Who Transformed How We Listen and Think #MusicMonday 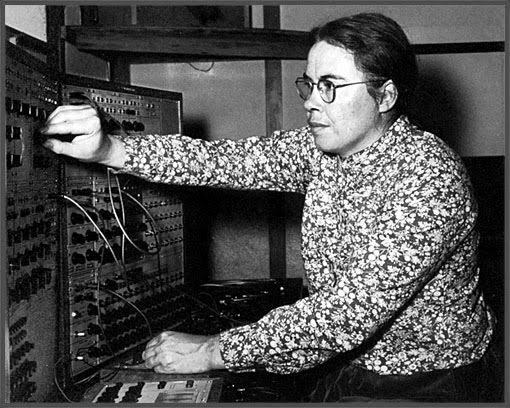 Pauline Oliveros is without peer – an innovator in the art of listening itself. And we’ve learned she’s died at the age of 84.

No one else in music has a resume like hers. She was capable of turning the accordion into an avant garde electronic instrument. She had a black belt in karate. She was one of the original members of the San Francisco Tape Center, a defining figure in the entire west coast electronic scene. She dubbed her meditative listening practice “deep listening” as a pun, after spelunking into a 4 meter-deep cistern to make a recording.

From California to New York, Pauline has produced ripples in the entire experimental and electronic scene by mentoring numerous composers and reaching countless audiences. She’s been a frequent figure in films and a prominent voice in books and articles. In a field where straight men often dominate attention, she was early on out of the closet as gay.

In short, there’s just too much to say about Pauline. I think nearly anyone who’s seen her play has felt some deep impression of the possibility of musical practice. To be exposed to her ideas about listening has been even more profound.

Comments Off on Pauline Oliveros, Eletronic Music Pioneer Who Transformed How We Listen and Think #MusicMonday