From pursuing retreating Germans during World War II to contemporary tours of Afghanistan and Iraq, Native Americans are also American veterans, and the Veterans History Project from the Library of Congress collects their stories equally alongside ‘Women of Four Wars’ or ‘Hispanics in Service.’ 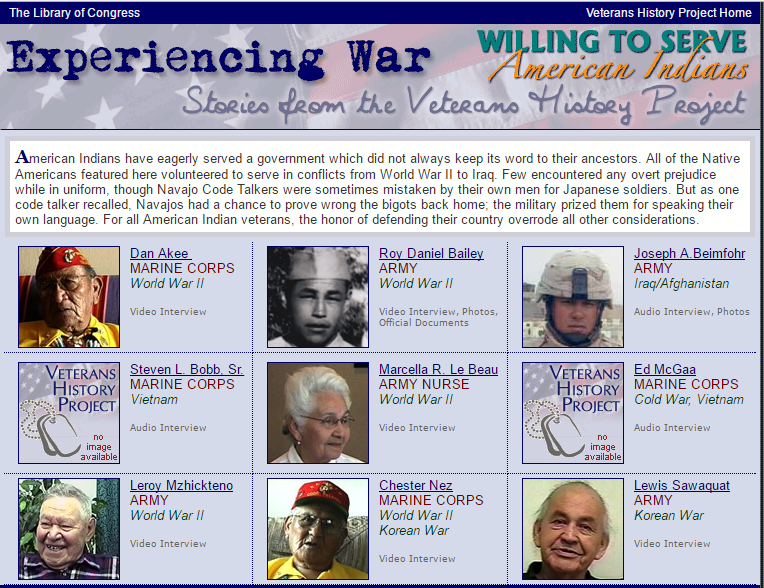 American Indians have eagerly served a government which did not always keep its word to their ancestors. All of the Native Americans featured here volunteered to serve in conflicts from World War II to Iraq. Few encountered any overt prejudice while in uniform, though Navajo Code Talkers were sometimes mistaken by their own men for Japanese soldiers. But as one code talker recalled, Navajos had a chance to prove wrong the bigots back home; the military prized them for speaking their own language. For all American Indian veterans, the honor of defending their country overrode all other considerations.