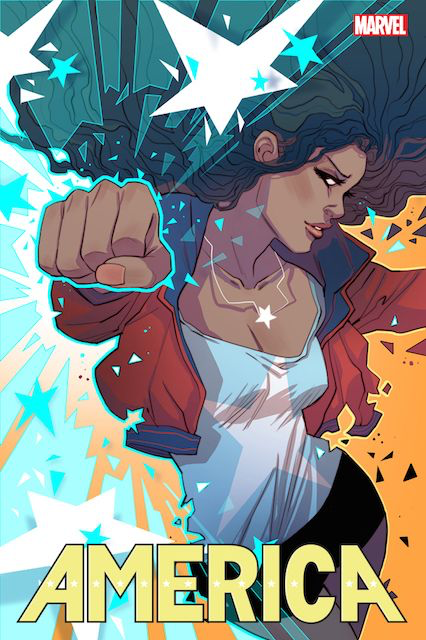 We’ve got the goods on America Chavez, Marvel’s latest genre-busting superhero helping to transform the comic book business into the entertainment industry’s most surprising mecca of diverse leading characters. Chavez is the queer, ass-kicking Latina who built a devoted fan base with her small, but key role in Marvel’s 2013 run of Young Avengers, and later in subsequent titles like Ultimates and A-Force. Now America is ready for her own book. This marks Marvel’s latest effort to diversify the stories that it tells (an effort that included Marvel’s female Thor reboot two years ago, for example). And America will be one of 23 female-led titles currently in production, which Marvel says is more than any other comic book publisher.

In a Refinery29 exclusive, we got the scoop on what fans can expect in the upcoming release, including never-before-seen images of our new favorite badass, created by series artist Joe Quinones and cover artist Marguerite Sauvage. We sat down with America Chavez writer Gabby Rivera, who first garnered fame as the author of Juliet Takes a Breath, a YA novel about a Puerto Rican lesbian. The novice comic book writer sat down with us, alongside Wil Moss, her editor at Marvel, to share details about their vision for the first gay Latina superhero. The first issue will be out in March 2017.