Some of the @adafruit crew went to Winter Con @winterconexpo and met @NichelleIsUhura ! 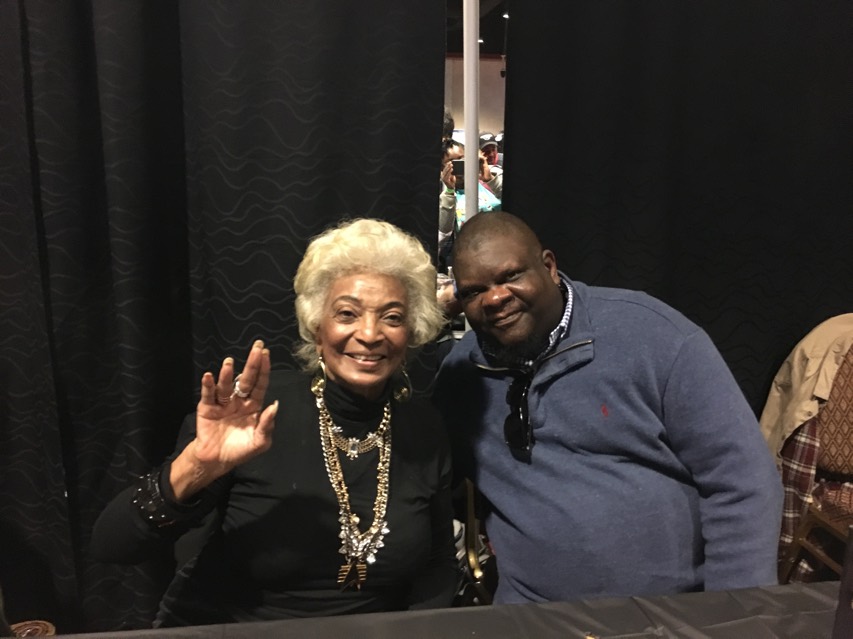 David from Adafruit met Nichelle Nichols at WinderCon! Thanks Nichelle!

Nichols was born in Robbins, Illinois, near Chicago, to Samuel Earl Nichols, a factory worker who was both the town mayor of Robbins and its chief magistrate, and his wife, Lishia (Parks) Nichols. Later, the family moved into an apartment in Chicago.

She studied in Chicago as well as New York and Los Angeles. Her break came in an appearance in Kicks and Co., Oscar Brown’s highly touted, but ill-fated 1961 musical.

Nichols toured the United States, Canada and Europe as a singer with the Duke Ellington and Lionel Hampton bands. On the West Coast, she appeared in The Roar of the Greasepaint – The Smell of the Crowd, For My People, and garnered high praise for her performance in the James Baldwinplay Blues for Mister Charlie. Prior to being cast as Lieutenant Uhura in Star Trek, Nichols was a guest actress on television producer Gene Roddenberry’s first series The Lieutenant (1964) in an episode, “To Set It Right”, which dealt with racial prejudice. 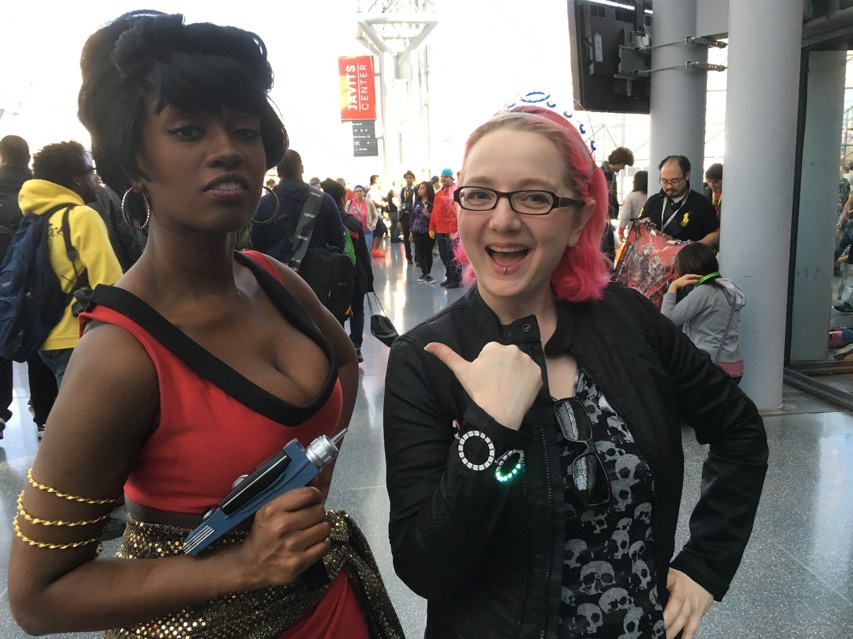 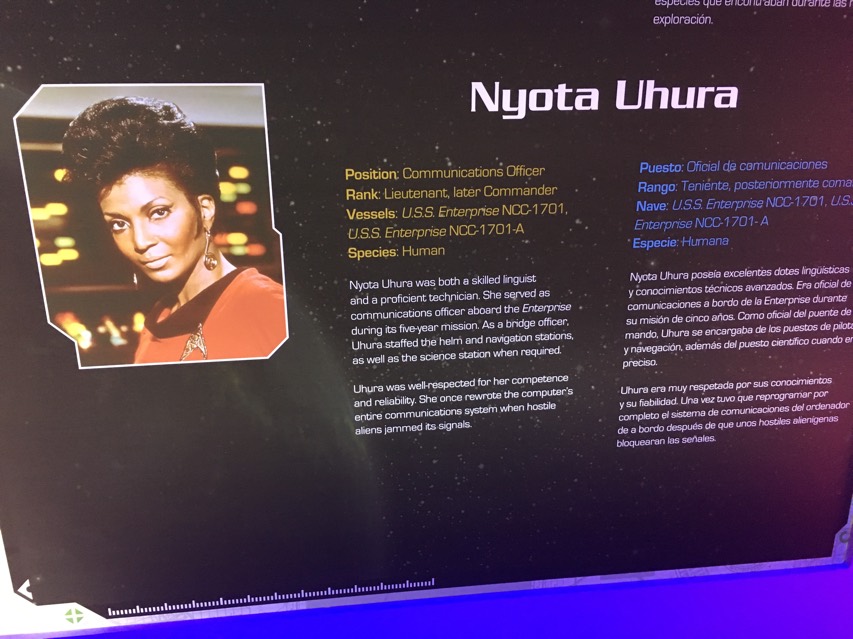 And the Star Trek experience in NYC 🙂

Comments Off on Some of the @adafruit crew went to Winter Con @winterconexpo and met @NichelleIsUhura !