Lego Is the Perfect Toy #MakerEducation 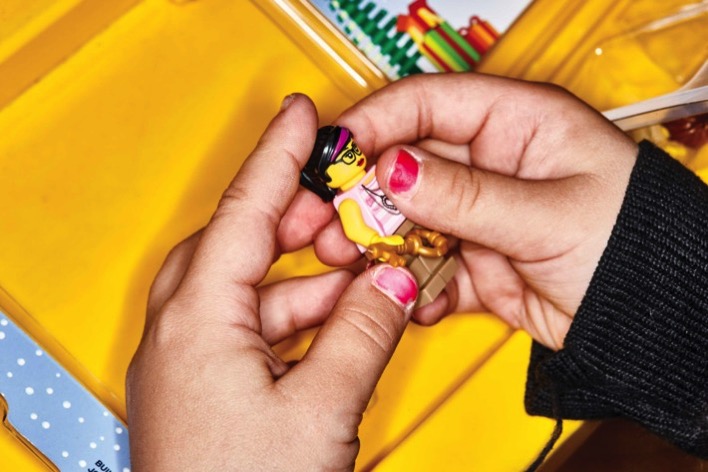 This piece from New York Magazine by Genevieve Smith breaks down why Lego is the perfect toy and why the brand holds such a sacred place in our collective imagination.

Lego is an idea as much as it is a toy; if you try hard enough, you can fit the entire story of the last century of child’s play and the hopes and desires of every parent into one of its 9.6-millimeter-tall rectangular plastic bricks. Molded in a thermoplastic polymer, acrylonitrile butadiene styrene, Legos are known for their durability, which is why you can pull out the 30-year-old Legos stashed in your parents’ basement and, dated color schemes aside, they’ll be the same as they ever were. Not only will they look the same, but they will fit together with every other one Lego has ever made, even those going back to 1949, when a Danish toy-maker named Ole Kirk Kristiansen made his first plastic brick. Lego calls it the System of Play, and it is both a manufacturing principle, allowing the company to reuse the same molds to make infinite new sets, and a play proposition: The more bricks you own, the more you can build.

Like all 6,500 Lego elements — cubes, rectangles, octagons, wheel beds, arches, even the tiny semi-circular hands of yellow mini-figures — the standard brick has a variation of just 0.004 millimeters, which means Legos are more precisely crafted than your coffee maker, your television, even your iPhone. It’s this precision that makes it possible to use Legos to build a 16-inch replica of the Taj Mahal (5,922 pieces) or a full-scale version of the X-Wing Starfighter (5,335,200 bricks).

Comments Off on Lego Is the Perfect Toy #MakerEducation