This tutorial has been produced as part of my final year project for my degree in Music Technology and Applied Electronics at the University of York. It is aimed at musicians with an interest in electronics. The finished product will be an LED matrix on the back of a jacket that can produce a light show in accordance to music. This will be done by analysing audio inputs using Pure Data and Arduino. The jacket will have two settings that can be controlled by a switch. One setting will control the LEDs according to the amplitude of the music and the other will have the LEDs twinkling one at a time and changing colour according to the pitch.

How It Will Work

This device will be made up of two separate circuits. One will be based around an Arduino Mega connected directly to a computer. The other circuit will be based around a LilyPad Arduino and will be completely contained within the jacket and powered via a 9V battery. Both of these circuits will communicate with each other wirelessly using XBee modules.
Audio signals will be received by the computers inbuilt microphone and analysed in Pure Data to obtain amplitude and frequency data. This information will be transferred to the Arduino Mega using a MIDI input circuit and this will then be transmitted to the LilyPad using the XBees. The LilyPad will then determine how the LEDs on the jacket will react. 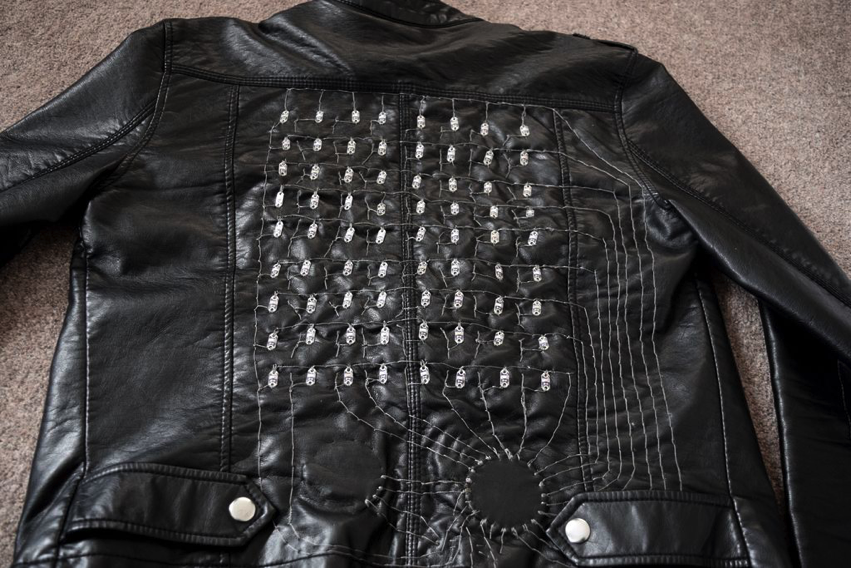