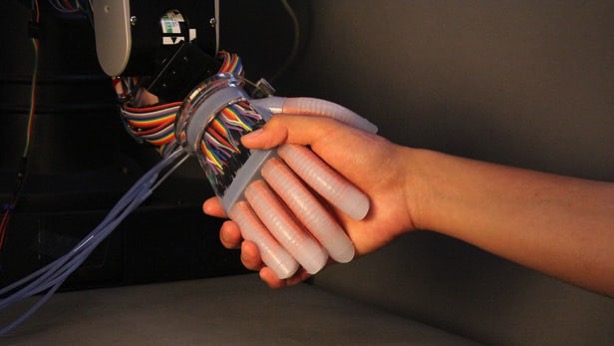 Researchers have created a prototype prosthetic hand that’s able to determine by touch whether fruit is ripe, and the pressure necessary to hold an object firmly, but gently, in response to the way it “feels”

“Soft” and “gentle” are two words not often used to describe the grasp of a robot, but thanks to the work of a team of researchers at Cornell University, future androids may well have an especially delicate touch. Using extra-sensitive optical detectors built into a soft prosthetic hand, the researchers have demonstrated a prototype that is able to tell by touch whether fruit is ripe, or to modify the pressure exerted on a material simply in response to the way it feels.

The prototype made use of a combination of LEDs and photosensors incorporated in bendable tubes (known as elastomeric optical waveguides) and used as detectors of curvature, elongation, and force. These were then embedded in a stretchable, soft artificial hand, allowing the researchers in the Organic Robotics Lab at Cornell to use these devices to electronically register a large range of feedback and control the hand accordingly.

“Most robots today have sensors on the outside of the body that detect things from the surface,” said Cornell doctoral student Huichan Zhao. “Our sensors are integrated within the body, so they can actually detect forces being transmitted through the thickness of the robot, a lot like we and all organisms do when we feel pain, for example.”

The creation of the artificial hand relied on a 3D fabrication technique that Cornell has successfully employed in making other artificial body parts. On this occasion, a four-step soft lithography process (somewhat like the method used by Harvard University to make a soft-bodied octopus robot) was added to create the core through which the light of an LED propagates, the cladding making up the outer casing of this waveguide, along with a housing for the photodiode that detects the light shining through the core. 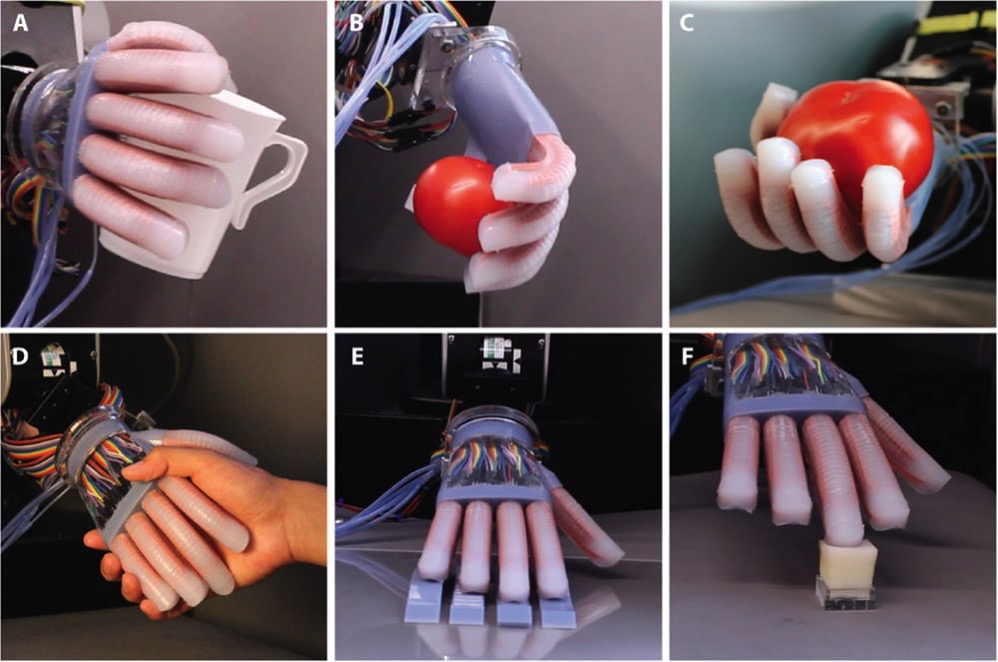