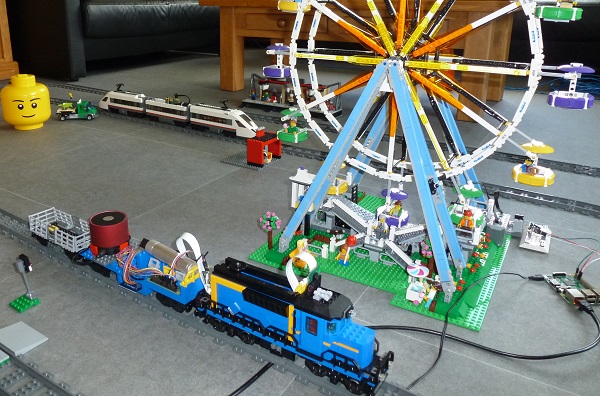 Handy guide from Johan Janssen up on Voxxed.

Some while ago I started using a Raspberry Pi to control my Lego. It all started when we wanted to figure out if we could run standard Java on the Raspberry Pi. Instead of writing “Hello World” – we wanted to do something cooler. We decided to use Java and later Scala with Akka on the Raspberry Pi to control Lego trains. In the end we could control the speed of the trains, play train sounds, get a live video feed from the train and retrieve the location of the train based on a RFID reader and some RFID cards. Later we expanded it even further by automating track switches, ferris wheels, Lego technic cars and planes.