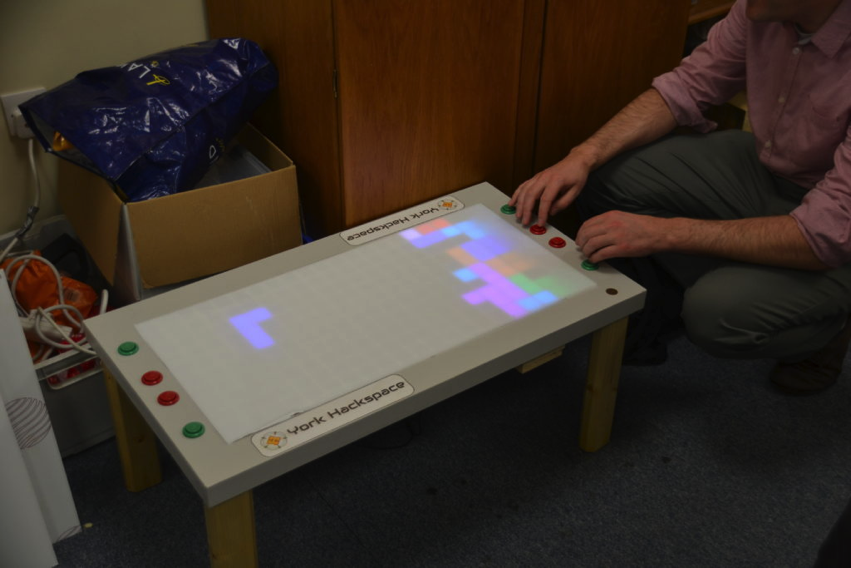 Tetris is one of the world’s greatest games. Perhaps one of the reasons Tetris is such a ubiquitous computer game is because you don’t need a particularly high resolution display. You might even say it works better at low resolutions. Perhaps this is what John was thinking when he filled a table with neopixel-like LED strips to create a large low-res display for playing Tetris. If this looks familiar, perhaps you spotted it at the Derby Maker Faire.

John built the table himself from scratch and even gave it York Hackspace branding. He has ten LED strips running the length of the table. They are neopixel-like LEDs which chain together to form a single individually-addressable strip. The ten strips are wired together as one continuous line, snaking its way from one side of the table to the other.

Read more and check out the project on GitHub