How did Red And Green Become The Colors Of Christmas? 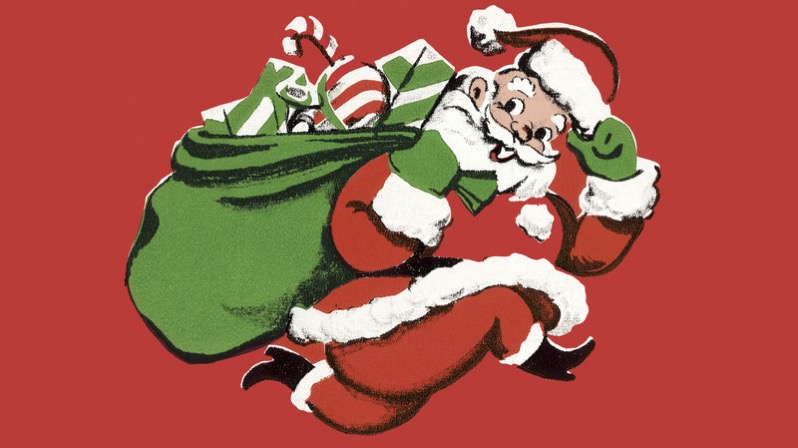 It’s hard to imagine a time when red and green weren’t synonymous with Christmas, but they haven’t always been the holiday’s go-to colors. Arielle Eckstut, co-author of Secret Language of Color, attributes the palette’s rise to two things: holly and Coca-Cola.

“Holly has played a huge part in this red and green association,” Eckstut tells NPR’s Ari Shapiro. “And it dates back to winter solstice celebrations with the Romans, and maybe beyond. … And also, holly is associated with the crown of thorns of Jesus. And just those beautiful bright red berries and those deep green leaves are the exact colors that we really come to think about when we think about Christmas”

But it took a while for red and green to rise to the top. Eckstut says Victorian Christmas cards used a lot of different palettes (red and green, red and blue, blue and green, blue and white) and they often put Santa in blue, green or red robes. All that changed in 1931.

“Coca-Cola hired an artist to create a Santa Claus,” Eckstut says. “They had done this before, but this particular artist created a Santa Claus that we associate with the Santa Claus today in many ways: He was fat and jolly — whereas before he was often thin and elf-like — and he had red robes. … And so the fact that all these things came together — this friendly, fat Santa in these bright red robes, which, I don’t think is a coincidence, match the color of the Coke logo — this really took hold in American culture.”

The artist was Haddon Sundblom, and his ads were such a hit that Coke continued working with him for decades.

Eckstut says, “It solidified in our collective imaginations the red of Santa’s robes with the green of fir trees and holly and pointsettia that we already had in our minds. … This particular shade of red and green came to signify Christmas.”

Why is the sky blue? The grass green? The rose red? Most of us have no idea how to answer these questions, nor are we aware that color pervades nearly all aspects of life, from the subatomic realm and the natural world to human culture and psychology. The Secret Language of Color celebrates and illuminates the countless ways in which color colors our world.

Organized into chapters that begin with the physics and chemistry of color, the book travels from outer space to Earth, from plants to animals to humans. In these chapters explain how and why we see color, the nature of rainbows, animals with color vision far superior and far inferior to our own, how our language influences the colors we see, and much more.

Between these chapters, we turn our attention to the individual hues of the visible spectrum–red, orange, yellow, green, blue and violet. In these chapters, we explore everything from why the red color of planet Mars, our blood and rusty nails are all due to the same thing; that as a result of optical laws, the grass really does appear to be greener on the other side of the fence; that purple is associated with royalty because it was once the most expensive color to produce.

Including hundreds of photographs and dozens of info graphics, every page is a demonstration of color and its role in the world around us. Whether you see red, are a shrinking violet, or talk a blue streak, The Secret Language of Color is the perfect book for anyone interested in the history, science, culture, and beauty of color in the natural and man-made world.

Learn more and pick up a copy for yourself here!

Comments Off on How did Red And Green Become The Colors Of Christmas?