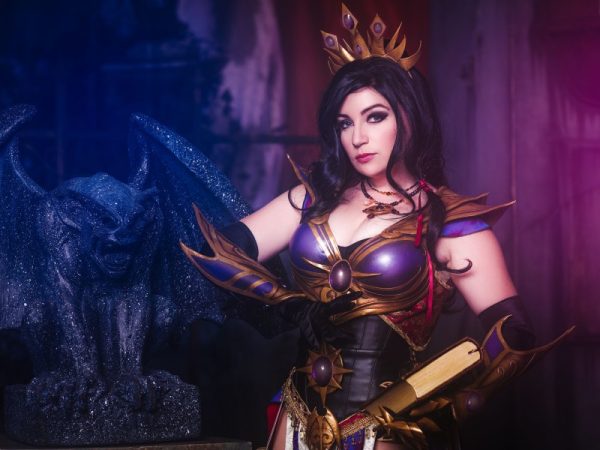 It’s been a little while since cosplayer Wind of the Stars made her Diablo III Wizard costume, but that doesn’t mean it’s not worth taking a look at the crafting process. She started by pulling together a concept. She says the video game leaves a lot open to interpretation. She pulled a photo of the character and used details from her own build of the Wizard in the game. Once she had an idea of how she wanted the costume to look, she considered armor options and decided to try TerraFlex. She said:

To create most of the pattern for the armor I used the “Wrap yourself in cling wrap and masking tape then draw out your designs and then cut it up” technique. For some parts of the armor I reused pervious armor patterns as bases for the new ones. Below you can see how the technique is kind of used

To create the breast plate I heated some Terraflex bonded to Worbla and shaped it over a dome. I then attached it to the rest of the top by using the adhesive properties of the material and folding over excess from the dome. To be the correct shape for my bust, I cut off the excess near the top and sides. The shoulder parts are attached to the lower part of the plate using the adhesive in the material as well. To keep the top on I used the red brocade to make bands/straps that go from the sides of the breast plate, round back, cross and attach to the lower parts of the shoulders in the back with large snaps. The below photo shows partial how the back of the shoulders are shaped.

View a couple of in-progress pics below. 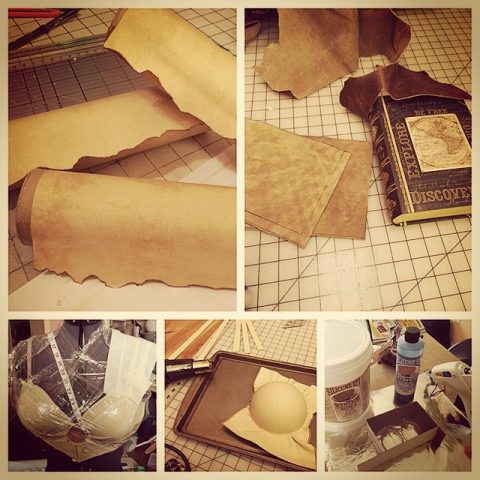 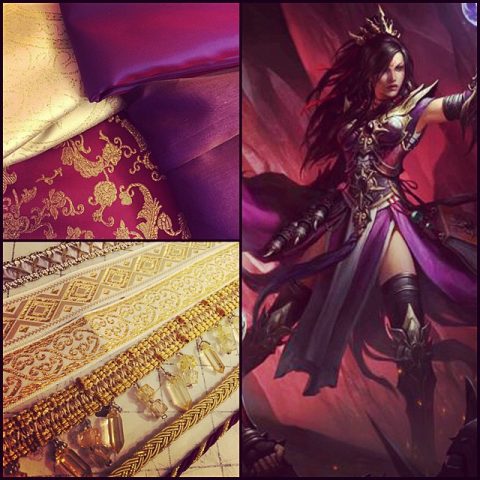 Walk through the complete build process at Wind of the Stars’ blog.