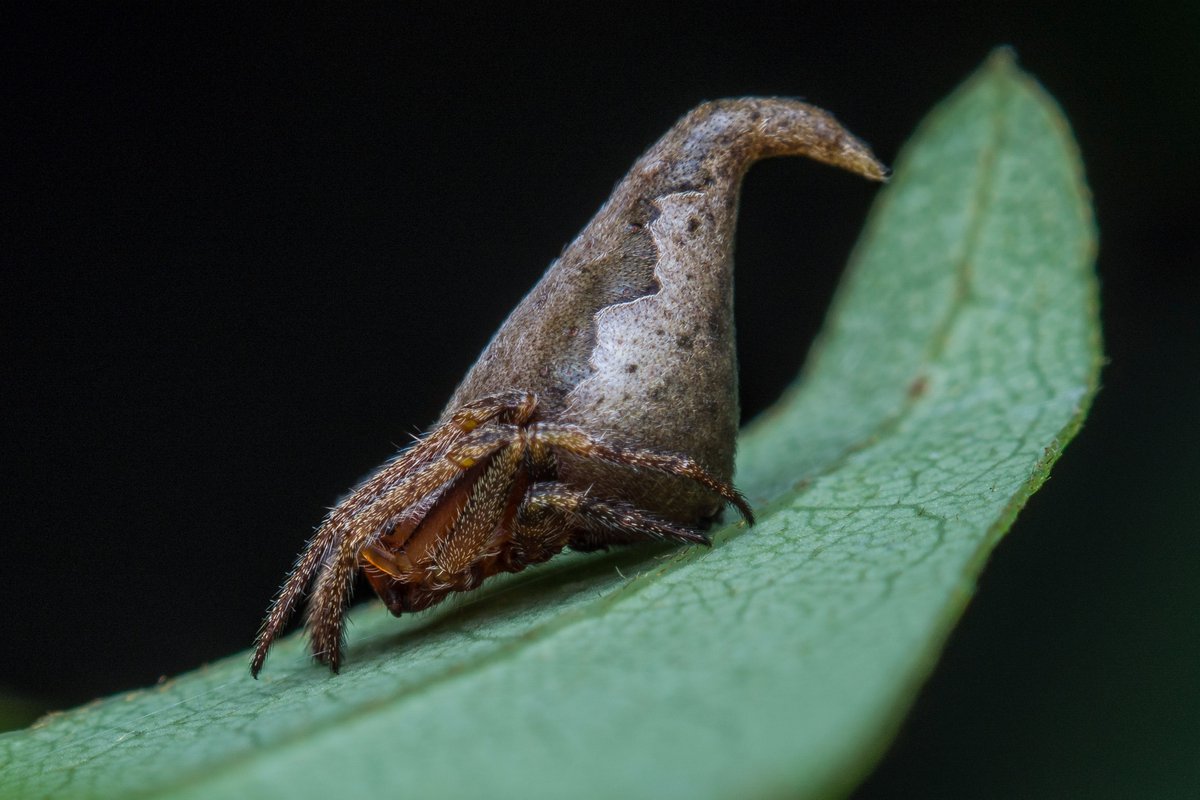 When it came time to name a new species of spider found in India, there wasn’t much deliberation.

The nocturnal arachnid, found in India’s Western Ghat mountain range, looks so much like the Sorting Hat it’s tempting to wonder where J.K. Rowling got her inspiration from. Indian researchers discovered the spider, which they named Eriovixia gryffindori, in 2015, and named it after Godric Gryffindor, the one-time owner of the hat in the Harry Potter books. No word yet on whether it was discovered sitting atop someone’s head.

It turns out that the spider’s unique body shape also serves a utilitarian purpose: the hat-shaped structure helps it blend into the dead leaves where it makes its home to hide from predators. The researchers found only a single female of the species, so we don’t yet know if males share the unusual similarity to wizarding headgear.

Comments Off on Gryffindor!!! New Spider Species Named After the ‘Sorting Hat’