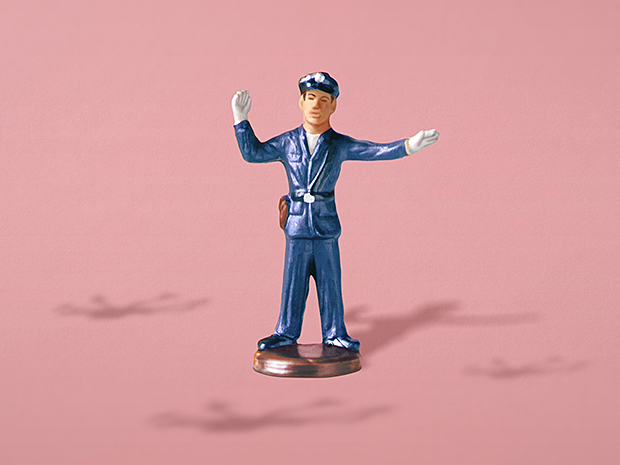 In 2013, shortly before Christmas, Amazon.com released a video depicting its plans to speed packages to their destinations using small drones. Some commentators said it was just a publicity stunt. But the notion began to seem less far-fetched when Google revealed its own drone-based delivery effort in 2014, something it calls Project Wing. And in the early months of 2016, DHL actually integrated drones into its logistics network, albeit in an extremely limited way—delivering packages to a single mountaintop in Germany that is difficult to access by car in winter.

“It started to get momentum after serious players came in,” says Parimal Kopardekar, NASA’s senior engineer for air transportation systems, who has been researching ways to work these buzzing little contraptions into an air traffic control system created for full-size aircraft. “We need to accommodate drones.”

This past August, the U.S. Federal Aviation Administration (FAA) introduced Part 107, also known as the Small UAS Rule, which allows companies to use small drones in the daytime (or during twilight) and within visual line of sight of the pilot, so long as they are not flown over people who aren’t participating in these operations.

This year promises to see the FAA’s drone rules loosen even more. At the InterDrone conference in Las Vegas this past September, FAA head Michael Huerta explained that his agency was drafting rules to allow drones to be flown over random bystanders (the FAA calls them “non-participants”) and that it plans to release proposed regulations to that effect by the end of 2016. “We’re also working on a proposal that would allow people to fly drones beyond visual line of sight,” he said. Such a move would open the door to the use of small drones to deliver packages, among other things.

Of course, when you start flying drones where you can’t see them, you need to put technology in place to be sure that they don’t hit anything or injure anybody. While the details of how exactly to do that remain to be hammered out, there is no shortage of ideas.

One of the companies working on this challenge is PrecisionHawk, based in Raleigh, N.C. It’s one of just two companies to have obtained a waiver from the FAA allowing it to fly small drones beyond the operator’s visual line of sight. For such flights, the FAA does, however, require that an observer be posted to look out for full-scale aircraft.

Still, the waiver increases the range of the company’s drone operations from how far away you can see a small aerial vehicle—typically a kilometer or less—to how far away you can see a full-size plane—6 to 7 kilometers. The waiver does not allow “a 200-mile straight-line flight from A to B,” notes Thomas Haun of PrecisionHawk. Nevertheless, he’s heartened by the “much broader area” the exception permits. The engineers at PrecisionHawk obtained that waiver in part because it had created a system to help drone pilots safely operate a vehicle that they can’t directly see.