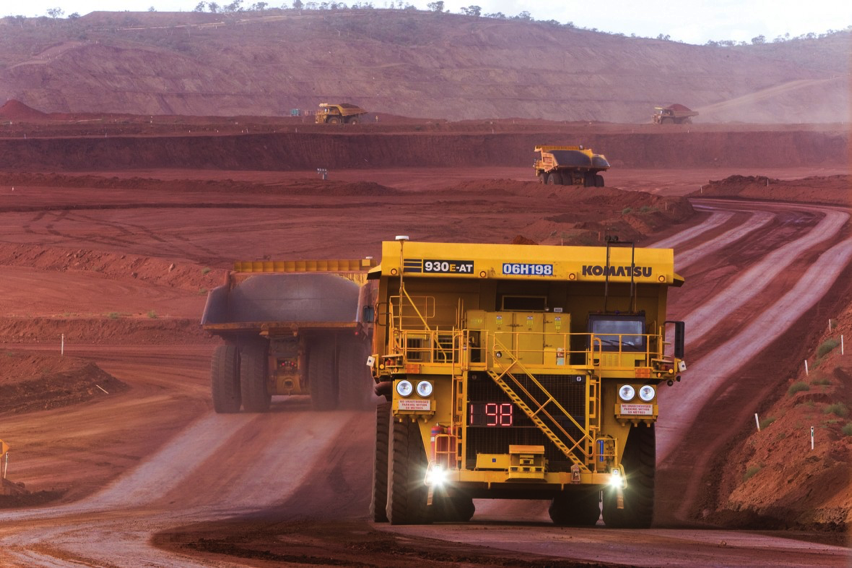 Each of these trucks is the size of a small two-story house. None has a driver or anyone else on board.

Mining company Rio Tinto has 73 of these titans hauling iron ore 24 hours a day at four mines in Australia’s Mars-red northwest corner. At this one, known as West Angelas, the vehicles work alongside robotic rock drilling rigs. The company is also upgrading the locomotives that haul ore hundreds of miles to port—the upgrades will allow the trains to drive themselves, and be loaded and unloaded automatically.

Rio Tinto intends its automated operations in Australia to preview a more efficient future for all of its mines—one that will also reduce the need for human miners. The rising capabilities and falling costs of robotics technology are allowing mining and oil companies to reimagine the dirty, dangerous business of getting resources out of the ground.

“In the last couple of years we can just do so much more in terms of the sophistication of automation,” says Herman Herman, director of the National Robotics Engineering Center at Carnegie Mellon University, in Pittsburgh. The center helped Caterpillar develop its autonomous haul truck. Mining company Fortescue Metals Group is putting them to work in its own iron ore mines. Herman says the technology can be deployed sooner for mining than other applications, such as transportation on public roads. “It’s easier to deploy because these environments are already highly regulated,” he says.

Rob Atkinson, who leads productivity efforts at Rio Tinto, says the fleet and other automation projects are already paying off. The company’s driverless trucks have proven to be roughly 15 percent cheaper to run than vehicles with humans behind the wheel, says Atkinson—a significant saving since haulage is by far a mine’s largest operational cost. “We’re going to continue as aggressively as possible down this path,” he says.

Trucks that drive themselves can spend more time working because software doesn’t need to stop for shift changes or bathroom breaks. They are also more predictable in how they do things like pull up for loading. “All those places where you could lose a few seconds or minutes by not being consistent add up,” says Atkinson. They also improve safety, he says.

Comments Off on Mining 24 hours a day with robots #robotics