The History of the BBC Radiophonic Workshop #MusicMonday

Over at UbuWeb Film & Video, you can watch the fantastic 2003 documentary The Alchemists of Sound, which chronicles the work of the pioneering sound engineers and artists of the BBC Radiophonic Workshop.

As you watch, you’ll soon realize that the BBC Radiophonic Workshop was behind the music that accompanied the BBC’s most iconic programs of the era. This includes the original Dr. Who theme (above) from 1963 by Ron Grainer and Delia Derbyshire.

The BBC’s Radiophonic Workshop was set up in 1958, born out of a desire to create ‘new kinds of sounds’. The Alchemists of Sound looks at this creative group from its inception, through its golden age when it was supplying music and effects for cult classics like Doctor Who, Blake’s Seven and Hitchhiker’s Guide To The Galaxy, and charts its fading away in 1995 when, due to budget cuts, it was no longer able to survive.

There are interviews with composers from the Workshop, as well as musicians and writers who have been inspired by the output. Great archive footage of the Workshop and its machinery is accompanied by excerpts of the, now cult, TV programmes that featured these sounds. 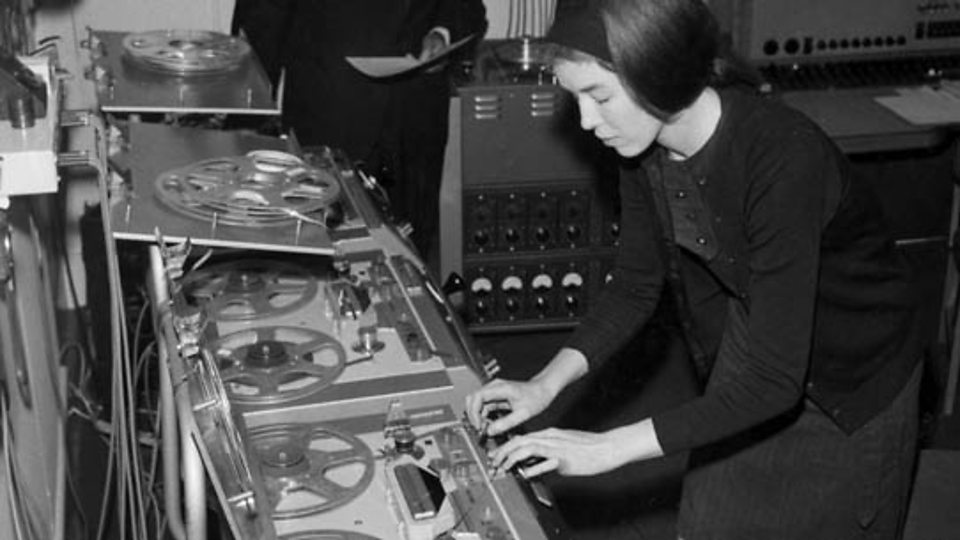 Comments Off on The History of the BBC Radiophonic Workshop #MusicMonday