The fact that World of Warcraft’s Grommash Hellscream is a massive beast of a character doesn’t see to be a hurdle for cosplayers. Some are brave enough to try to replicate the orc’s frame and mass. We saw an award-winning Grommash from BlizzCon last November, but Jeff Shimek has a Grommash in the works, too. He has a build thread going at The Replica Prop Forum (RPF) and says he started the costume in April 2015. He’s made a lot of progress since then, recently posting about making the hands and axe (see photos of the axe below).

You can see the hand movement in the above video. He made the structure of the fingers with 1/8 PVC and Chicago screws. He said the finger controls are made from PVC couplings: “The hands I have seen like this had the finger controls just hanging in place. I decided it was a good idea to connect then to the hand creating a fulcrum. It works really well.” 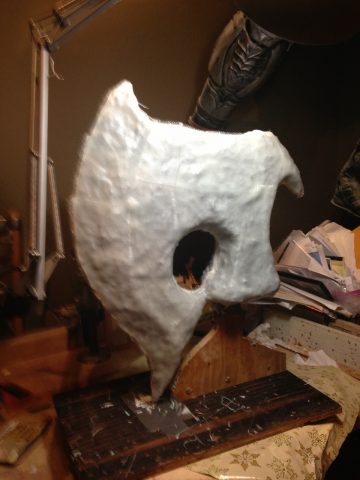 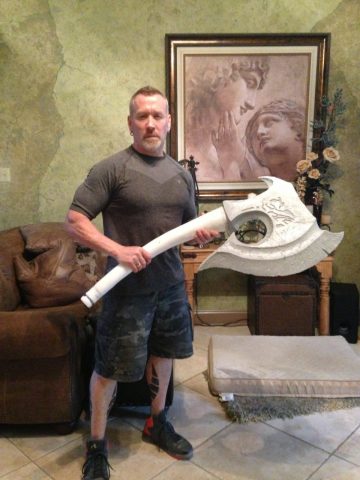 See more videos showing off Grommash on YouTube and keep track of the build’s progress at The RPF.

Comments Off on In Progress Grommash Costume