30 Years Ago: the Apple II in Loyola’s Computer Labs #ThrowbackThursday 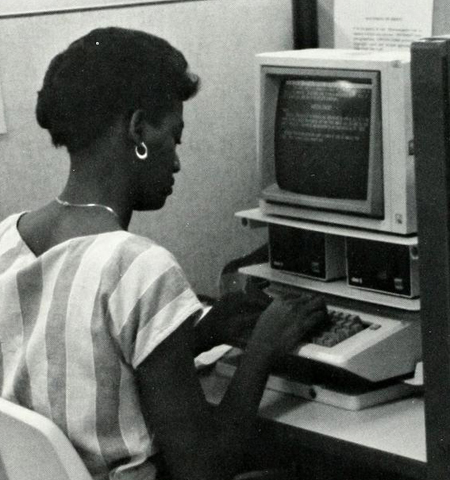 Loyola’s campus grew in the 1980s with the addition of the Broadway campus, formerly the campus of St. Mary’s Dominican College. The Broadway campus, located on St. Charles Avenue at Broadway, is a few blocks from Loyola’s main campus, and became home to the School of Law, the Law Library, the Visual Arts department, the Division of Institutional Advancement, and Residential Life. Also in 1986, the Communications/Music Building was dedicated. The building, constructed on the corner of St. Charles Avenue and Calhoun Street, housed the Department of Communications and the College of Music. The six-level Recreational Sports Complex was dedicated in February 1988. The Activities Quad, between Bobet Hall and the Danna Center, was renamed in 1989 to honor the six Jesuits, their cook, and her daughter who were slain in El Salvador.

Here’s to looking forward to the next 30 years, and thinking now about what we’ll be looking back upon then, including single-board computers, Internet of Things projects, and wearables!

Comments Off on 30 Years Ago: the Apple II in Loyola’s Computer Labs #ThrowbackThursday