Now You Too Can Own the NASA-Certified Space Coffee Cup

For the low low cost of 499.95 you can purchase a real flight certified space coffee cup from Spaceware! Via Discover

If you’re planning a trip to space, or for some reason find yourself craving espresso while free falling, you can sip your favorite beverage like an astronaut.

IRPI, an Oregon-based firm that specializes in spacecraft fluid systems, developed a uniquely shaped mug that let astronauts drink coffee like they would on earth. Recently, they’ve spun the feat of engineering into a side hustle, called Spaceware, to sell them.

It all started back in 2008, when NASA astronaut Don Pettit had grown tired of sipping liquids out of pouches aboard the International Space Station. So Pettit reached out to IRPI and together they hatched a designs for space cup. Pettit used overhead transparency film he found aboard the space outpost to test the first prototype. He rolled the film into a teardrop-shaped container and squirted some coffee into it. It worked.

The design exploited the effects of surface tension, wetting and container geometry to recreate the experience of enjoying a beverage on terra firma. The narrow edge of the cup wicks liquid up its wall and into a thirsty mouth. Fuel tanks designed to fire in zero-gravity work on the same principle.

Years later, IRPI’s Mark Weislogel heard that the Italian Space Agency was sending an espresso machine to the ISS — called the ISSPresso — after Italian astronaut Luca Parmitano said in an interview that she missed a good cup of coffee. Weislogel saw an opportunity.

“We knew that that drink is heavily dominated by gravity on Earth. There’s CO2 bubbles that form and rise, it forms a crema, aromatics waft up — all that stuff is driven by gravity,” says Weislogel.

After testing their prototypes in Portland State University’s Dryden Drop Tower, they sent six space cups up to the ISS as part of the 2015 Capillary Beverage experiment. NASA plans to use the results of this experiment to inform designs of other fluid systems for spacecraft.

See more and pick up a set of space certified coffee cups here! 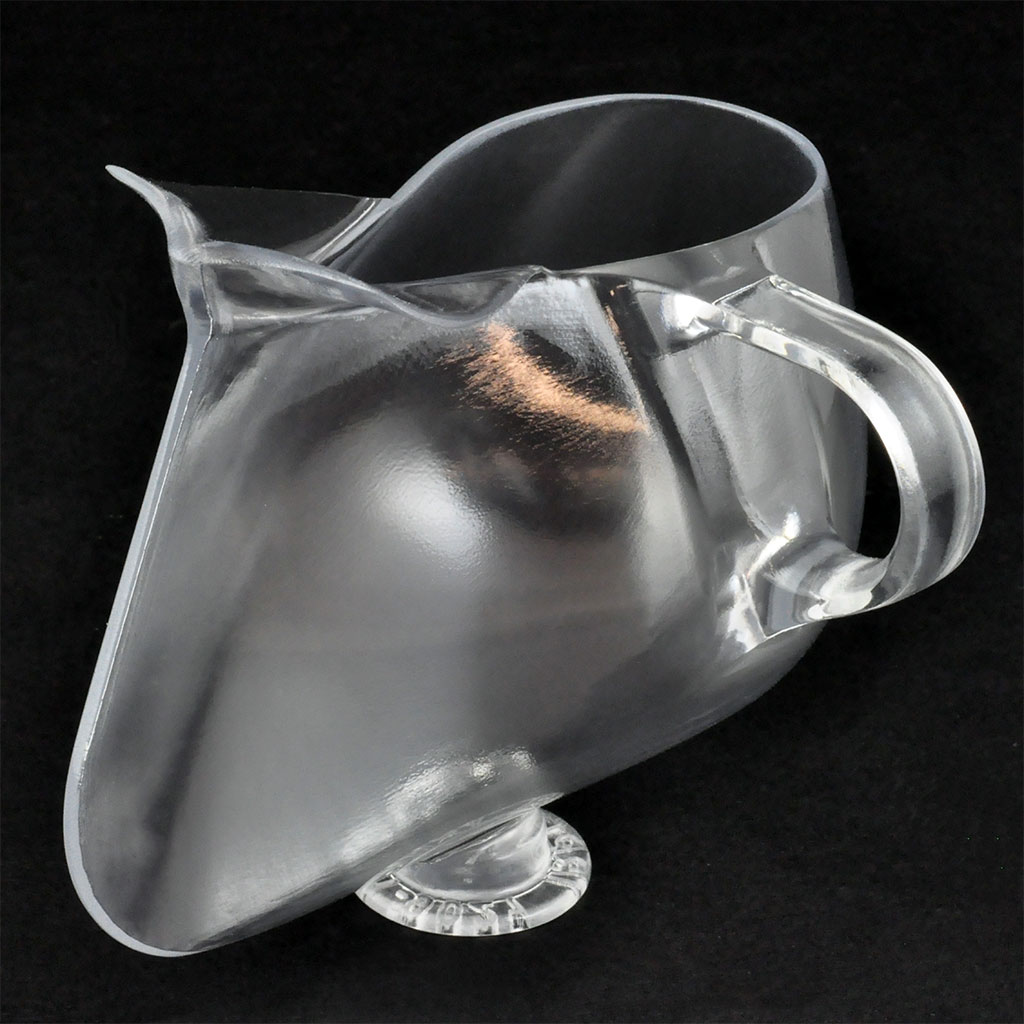