The Mysterious Physics of Rainbows 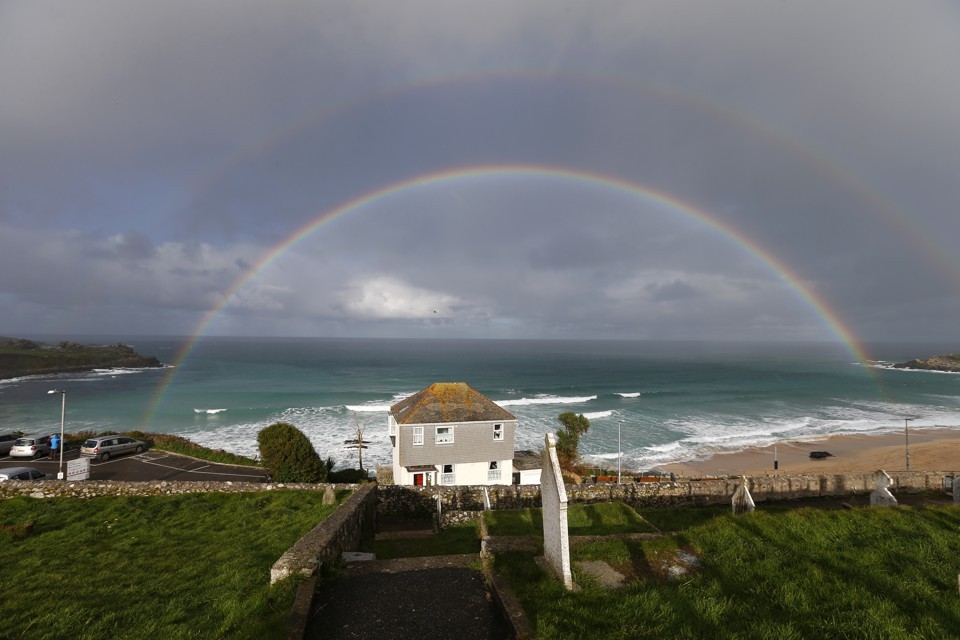 This piece from The Atlantic examines the science community’s on-going fascination with rainbows.

That is really all the physics you need to understand the basics of a rainbow. The first rainbow calculations were carried out by René Descartes back in 1637, although the dependence on wavelength, and hence the colors, needed Isaac Newton and Thomas Young’s later contributions. Although I already knew this history in principle, it was fresh in my mind because of a lovely review article by Alexander Haussmann of the Technical University in Dresden that I’d come across the same week. Haussmann’s review is full of both science and charm, and, unlike John Keats’s poor Lamia, the rainbow unwoven shines brighter for it.

The image hovering in front of me was formed by sunlight streaming from behind us, internally reflected back towards us by myriad tiny suspended raindrops. When light meets an interface between air and water—the surface of a raindrop—some of it is reflected and some of it passes through. The angle of refraction depends both on the light’s wavelength and on the angle at which it hits the surface. Parallel rays entering a spherical raindrop bounce off the inside and come back towards us. The reflection angle from the back of the raindrop, combined with the two refractions (one as it enters the drop, and one as it leaves) conspire to concentrate each wavelength of light at a certain return angle. Wavelength corresponds to color, so the colors separate into the familiar bands.

Comments Off on The Mysterious Physics of Rainbows