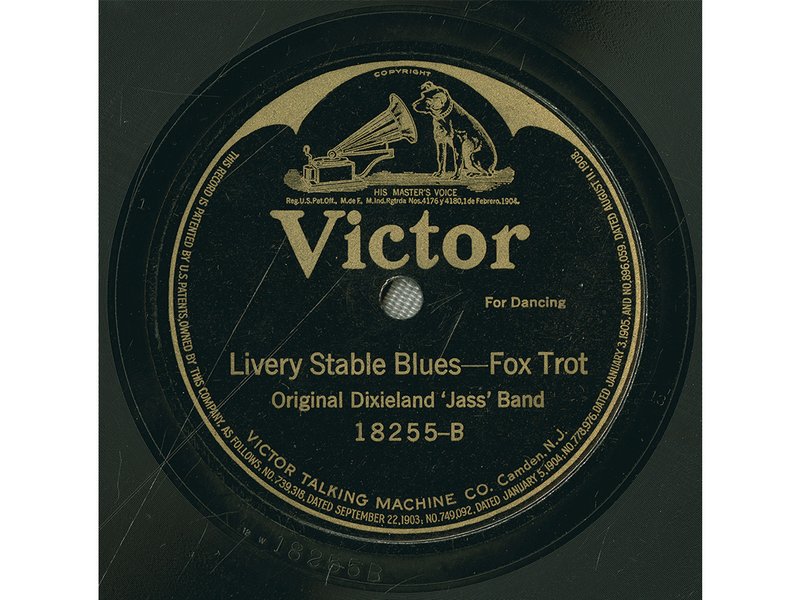 Fun history on what’s now regarded as the first recording of jazz ever made.

One hundred years ago this February, Victor Records recorded a 78-rpm disc called “Livery Stable Blues” by the Original Dixieland “Jass” Band. This exuberant number became a nationwide hit, selling more than a million copies, and today it is almost universally hailed as the first jazz recording. For millions of Americans, the record was their first contact with the signature art form that was about to take over pop culture and become one of the nation’s most influential and beloved exports.

The five men in the Original Dixieland Jazz Band, all white New Orleanians, formed the band in Chicago in 1916; they’d all been playing there separately for better money than they could make back home. (In late 1917, they swapped “jass” for “jazz,” the now standard spelling of a word originally used to describe baseball players with pep.) The musicians soon moved to New York City, where a nod from Al Jolson helped land a gig at the theater crowd’s favorite post-show hangout: Reisenweber’s Café on Columbus Circle.