32 Artists Consider the Privileges and Burdens of American Citizenship #ArtTuesday 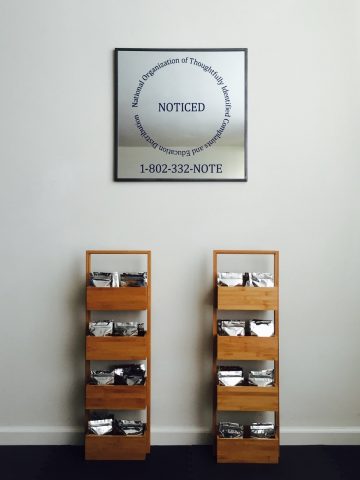 “Everything can be explained to the people, on the single condition that you want them to understand,” said the Martinique-born psychoanalyst and critical theorist Frantz Fanon. The quote sets the tone for S/Election: Democracy, Citizenship, Freedom at the Municipal Art Gallery in East Hollywood, a group exhibition that critically questions the infrastructure of democracy, particularly as issues have been highlighted — or ignored — during an urgent presidential election. 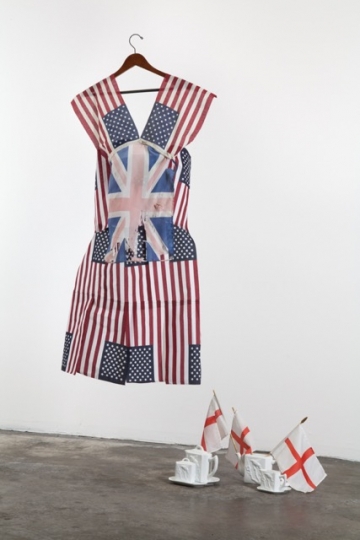 Eight American flags hang from the high ceiling of the central exhibition hall. Monica Rodriguez’s “We Are America” (2011) inscribes various slogans on each flag in black block letters, the text taken from a protest against planned changes in US immigration policies in 2006: “NO FENCE CAN STOP HISTORY FROM MOVING FORWARD,” “WHERE ARE YOUR ANCESTORS FROM?” A writing desk is placed below the flags. Pencils and tags are provided for visitors to write their own observations and commentary, and hang them on most, though not all, artwork wall labels. For instance, under the description for Olga Lah’s “Blessings All Around” (2011), which affixes bunched-up construction-site orange netting to a white wall, an observer noted, “Democracy is not cash,” next to a trio of smiley faces.